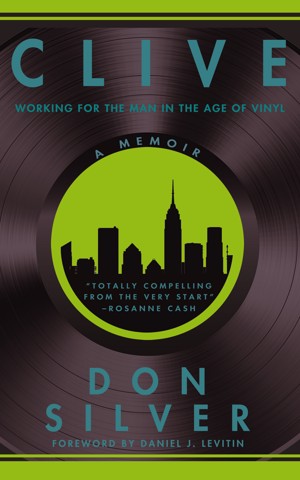 Clive: Working for the Man in the Age of Vinyl

By Don Silver
In 1978, at age 21, after years of playing in a band, the author was hired by Clive Davis to be a talent scout for his new label, Arista Records. It was a dream job for somebody who'd lived and breathed music. The only problem was it was 1981, disco topped the charts and Clive was more interested in having hits and building his empire than making great records. A riff on life, ambition and music. More
At twenty-one, after years playing in a band, Don Silver filled his briefcase with overblown resumes and headed to New York City, where he landed a job every musician dreamed of: working as an A&R man for Clive Davis. The problem was, the year was 1981 and the charts were topped by disco records. And to Don's horror, Clive seemed more interested in making hit singles that would make the cash register jingle than in finding great artists making important music.

Reviews of Clive: Working for the Man in the Age of Vinyl by Don Silver

You have subscribed to alerts for Don Silver.

You have been added to Don Silver's favorite list.

You can also sign-up to receive email notifications whenever Don Silver releases a new book.