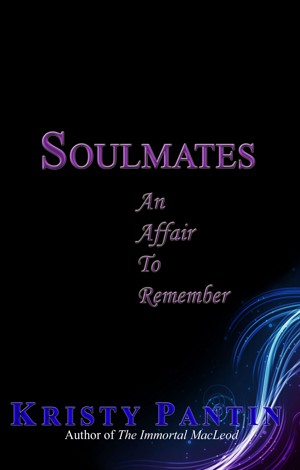 SOULMATES: An Affair To Remember

Written in poetic prose, this story delves into the mind of ‘the other woman’. For some, this rare glimpse may bring understanding, and help heal; for others, it is simply an enthralling story of temptation, love, and betrayal...and maybe even a warning of what could happen when we least expect it.
Available ebook formats: epub mobi pdf rtf lrf pdb txt html
First 10% Sample: epub mobi (Kindle) lrf more Online Reader
pdb
Price: $6.72 USD
Buy Add to Library Give as a Gift
How gifting works
Create Widget
Tags: love poetry affair heartache soulmates prose collection
About Kristy Pantin

Kristy Pantin was born on an island called Trinidad in the West Indies in 1977, and later immigrated to Winnipeg, Canada where she currently lives with her three daughters. She progressed from writing diaries, to poetry, to fiction at a very young age.

Her first book, a romance titled ‘The Immortal MacLeod: Book 1 in the MacLeod Series‘, was published in September of 2011, and she became a finalist in the ForeWord Reviews Book of the Year Award for this novel.

Reviews of SOULMATES: An Affair To Remember by Kristy Pantin

You have subscribed to alerts for Kristy Pantin.

You have been added to Kristy Pantin's favorite list.

You can also sign-up to receive email notifications whenever Kristy Pantin releases a new book.