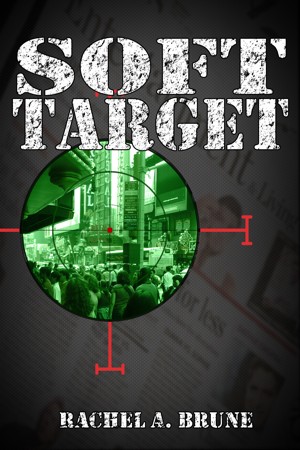 By Rachel Brune
Rated 4.00/5 based on 1 review
Mark is a cub reporter looking for his big break. Scott is a New York City cop, trying to fit into his life after a tour of duty in the Middle East. They're about to discover a plot that will bring the city to its knees.
Available ebook formats: epub mobi pdf rtf lrf pdb txt html
First 15% Sample: epub mobi (Kindle) lrf more Online Reader
pdb
Price: $2.99 USD
Buy Add to Library Give as a Gift
How gifting works
Create Widget
Tags: military action adventure
About Rachel Brune

Rachel A. Brune graduated from the NYU Tisch School of the Arts in May 2000, and was immediately plunged into the low-stakes world of entry-level executive assistant-ship. Her unexpected journey out of that world and into the military is chronicled in her self-published book Echoes and Premonitions.

Rachel served five years as a combat journalist, including two tours in Iraq, and a brief stint as a columnist for her hometown newspaper. After her second tour, she attended graduate school at the University at Albany in NY, where she earned her MA in Political Communication, and her commission as a second lieutenant in the military police corps.

Although her day job has taken in her in many strange, often twisted directions, Rachel continues to write and publish short fiction. She blogs her adventures, writing and otherwise, at The Infamous Scribbler. You can also follow her on Twitter, where she goes by the handle @siegerat.

A thriller, well paced, with enough "tradecraft" to show the author knows her stuff, but without going in to too much detail and bogging the story down.
The characters were believable, and the dialogue carried the story well.
Well worth the price.

You have subscribed to Smashwords Alerts new release notifications for Rachel Brune.

You have been added to Rachel Brune's favorite list.

You can also sign-up to receive email notifications whenever Rachel Brune releases a new book.