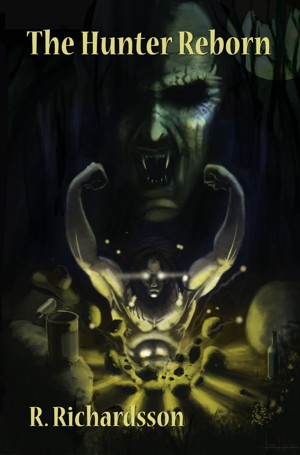 I felt so strong, so powerful. In just a few short minutes, I had done what those before me could not.

Decades of battle had hardened me against the horrors I've witnessed, but nothing would prepare me for what came next.

They were gone. Brutally taken from me, one by the hands of Draegan's henchmen, the other by the hand of Death; a monster not even I could stop.

For the first time in ages, I was alone. First my sister, then, my wife and son, and now my closest and dearest friends; all were gone. I failed them. I may have defeated the monster, but I have also thrown away everything for the sake of my own personal war.

What more is there for me to live for? What's left for me to believe in? Just as my will begins to slip away, so too does my belief in the divine creator who once bound my lineage with his sacred charge."

R. Richardsson began writing in the early nineties, but it wouldn't be until 2012 when he would complete and publish his first book; ‘The Rise and Fall of John Rizzerio’, Book 1 of the ‘Ballad of John Rizzerio’ trilogy.

When not working at his part time job, he spends his days off working on his current project, as well as with his social media sites. A like for his author page on facebook, or a follow on twitter is the best way to keep up with what he is currently working on.

Any of his remaining time is spent with his wife and four children, though he hopes to one day be able to sustain his family on his writing alone. 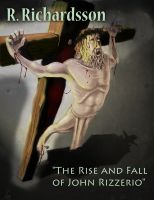 Reviews of The Hunter Reborn by R. Richardsson

You have subscribed to alerts for R. Richardsson.

You have been added to R. Richardsson's favorite list.

You can also sign-up to receive email notifications whenever R. Richardsson releases a new book.