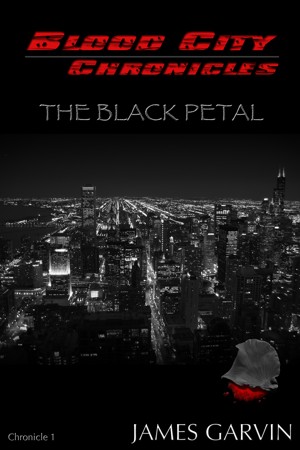 By James Garvin
Rated 3.00/5 based on 2 reviews
It's the year 2145, a lone crime fighter stumbles upon a woman's body in an alley and takes it upon himself to find her killer. In this cyberpunk detective adventure, it's a race against time to find the killer before they strike again. What he finds is that everything is not as it seems.
Download: epub mobi (Kindle) pdf more Online Reader
lrf pdb
Price: Free! USD
Add to Library
Create Widget
Tags: detective cyberpunk mystery detective scifi action adventure sci fantasy superhero action adventure
About James Garvin

James Garvin was born in Louisville, Kentucky. He has always been an avid reader and creator of strange stories since his youth. After moving to Texas, he got into playing AD&D and creating worlds and characters for his players to enjoy. His goal was to write fiction and make video games. The first story, Blood City Chronicles: The Black Petal, was well received by readers and is a good stepping stone into the character driven worlds he creates. His first game, Skullforge: The Hunt, will be released in 2015.

Good noir-like atmosphere. Kept me guessing as to what was going to happen next and nothing was expected. A few grammatical errors but nothing so distracting that it would throw me off on the action. Nice short read; very enjoyable.

This may be a good book. I don't know. It's not in a format I can read at the moment. Why not at least a PDF version?

You have subscribed to Smashwords Alerts new release notifications for James Garvin.

You have been added to James Garvin's favorite list.

You can also sign-up to receive email notifications whenever James Garvin releases a new book.