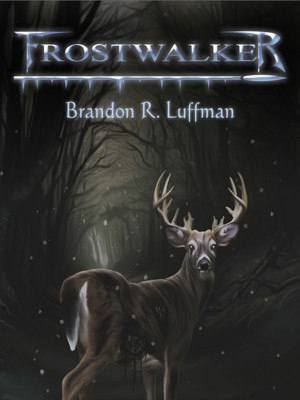 By Brandon Luffman
Rated 4.40/5 based on 5 reviews
When his small hometown of Wynn, North Carolina falls under an ancient curse, Jake Marsden will find himself in a battle against creatures worse than any he’s faced in a game. Playing for keeps, it will be geek versus god in the fight to stop an evil force bent on destroying everything he holds dear. More
There’s something in the woods behind Jake Marsden’s house – and someone wants him to find it. A strange dream shatters his sleep, night after night, and a compulsion to find the dark presence in the forest wars with his logical and ordered nature. What’s a geek to do?

When his small hometown of Wynn, North Carolina falls under an ancient curse, Jake will find himself in a battle against creatures worse than any he’s faced in a game. Playing for keeps, it will be geek versus god in the fight to stop an evil force bent on destroying everything he holds dear.

Born in Statesboro, Georgia in 1976, Brandon Luffman was raised in rural North Carolina from the time he was old enough to walk. In the sixth grade he discovered "The Chronicles Of Narnia". Soon after that, he was on to Stephen King and Arthur C. Clarke. At the same time, he was making his first forays into writing fiction. After creating a series of short fantasy pieces for a class assignment that were received with praise, he was hooked on writing fiction for the entertainment of others. Now Brandon writes supernatural horror as well as fantasy, science fiction, and other genres. His short fiction is available online in various formats. Brandon still lives on the family farm in northwestern North Carolina with his wife and family. Taking inspiration from his homeland, he brings southern sensibilities and a modern flair to these classic genre themes. His first novel, "Frostwalker", was released in May of 2013. 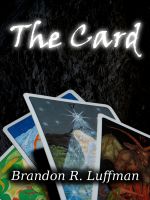 Reviews of Frostwalker by Brandon Luffman

There's something in the woods behind Jake Marsden's house, and it determined to be found. From the constant urging of nightly dreams, Jake wanders through the night stopping short of the dark woods. Soon he will discover his dreams and experiences are all part of an ancient evil lurking within his hometown of Wynn, North Carolina.

From the start, Jake Marsden is haunted by dreams of a light in the woods behind his house. The author sets the tone and mood letting the readers know something is not right. Is it Marsden himself or something else? The mystery is there to solve with the characters.

The backdrop for this story is set in small town Wynn, Carolina during the winter. Through Luffman's style and descriptive writing, you immediately get a feel for the citizen's, and when things go south you are right there with them trying to survive.

Jake Marsden is your typical geek. he loves video games, tech, and horror movies. The reoccurring dreams have him worried, and he reaches out to his best friend Eric for help. Through the persistence of Eric, Jake eventually talks to Nancy(a co-worker) and rids himself of his social awkwardness, in time to try to save his town.

"Frostwalker" has it all: A range of great characters, awesome setting, and a good dose of ancient terror to go around.
via: www.thegeekdomofgore.blogspot.com

Luffman presents the reader with an elaborate story that was overall a beautifully written piece. One of my favorite scenes involved Butchie. Butchie was a dog that is wandering the woods. He knows he’s a good dog because his alpha tells him that he is. Butchie’s internal dialogue reminded me of a non-fiction book I read and reviewed not long ago regarding working dogs. His story-line felt very authentic.

In contrast the internal dialogue of the other characters felt forced for the most part. I know that some readers will find Jake’s internal dialogue as it relates to Nancy endearing. I found his internal dialogue a little precious for a man his age. Danger and a sense of urgency forge quick connections and their relationship is believable without the sense of a scene overacted.

While it takes a long time for Luffman to get to the action, he wisely builds tension while the main characters go Christmas shopping, eat takeout food and experience obsessive dreams. Luffman does creepy very well. When we finally get an answer to what happened to the missing hunter the scene is so horrifying that I want to go back and read it over and over. Poor Rhonda.

For all the brilliance imbued in the story-line, the ending was too pat. The ending made sense and came together but was somewhat disappointing in light of what the main text led a reader to expect.

I would highly recommend this book to those readers who like paranormal stories. If you don’t like zombies, don’t think of this as a zombie novel. “Frostwalker” is a more original animal. Horrifyingly beautiful. If you live in a wooded area, as I do, you might want to leave the lights on for this one.

I received a copy of this book from the author in return for a fair and honest review.

Jake is having some really strange dreams. These dreams keep calling him out to the woods behind his house. When he wakes, he feels that he knows exactly where this spot in the woods is at, but when he tries to find it, he can’t. Not because he is unable to find it, but because he is not physically able to continue on in the dark woods.

His dreams, and lack of sleep, are starting to affect his work. But, it’s a good thing he is his own boss and the only other person he has to worry about at work is his secretary, Nancy. Over breakfast at the office one day, he realizes his attraction to Nancy, but now he has to weigh the pros and cons of making a move on his employee.

Jake’s best friend Eric, and Eric’s girlfriend Wendy, convince Jake to ask Nancy to come along with them to do some Christmas shopping. During the trip to the mall, Jake and Nancy realize they have a lot in common, and begin to really hit it off. Because of this trip they start a new, romantic, relationship.

But, strange happenings begin to occur as the weather worsens in their rural North Carolina town. As the snow flies and unnatural beings begin to attack them they are forced to run and try to find a way to save themselves. When they team up with a Native American, John, and his Grandmother, they learn a familiar story about their people and a battle that happened a long time ago. It was too familiar for Jake, as he felt he was living the exact same story.

Will Jake’s story end the same as the story of the tribe? Will these evil beings take over the town? The state? The world? Is this new romantic relationship going to be able to grow, or will something else step in the way and kill it?

This was a good, paranormal, story. It seemed like something straight out of the X-Files. I was hooked from the beginning and had a really hard time putting it down. I felt that the storyline flowed along perfectly, and the editing was really good. And, the way the story ended almost seems like the author might have a sequel in the works.

This is an original zombie tale. I know, I know, how can a book with zombies be original. Well, apparently that is still possible to pull off, as Brandon R. Luffman flawlessly accomplishes just that in FROSTWALKER, his full length horror debut. The amount of love put into this story, it's characters, and even the setting itself is apparent from the moment you crack this book open.

The stormy winter atmosphere fits perfectly with this chilling tale, yet the narrative flow and characters have a way of making you feel as though you are sitting beside a campfire, huddled under a woolen blanket, sipping at herbal tea, watching the crackling flames of the fire as your most trusted guide tells you ghost stories that make you start to question every sound in every bush and what may lurk in every shadow.

The twists and turns and plot developments of this story will leave you reeling. I didn't see any of the twists coming, but I'm so glad they came! Once you find out why and how the dead are walking, you'll see exactly why I say this is a truly original zombie tale.

FROSTWALKER is a book to savor, as I promise you will be mourning the loss of these characters in your life once you close the final chapter. It is a novel that is truly unforgettable. You won't be disappointed.

(reviewed the day of purchase)
Paulette Blanding-Freeman reviewed on May 22, 2013

I've read this author before and thought I'd like his new book. I was wrong! I LOVED this book.

It falls under the horror category in Smashwords but it's so much more. Horror gets a bad rap sometimes. This book certainly bursts the notion of what horror means.

It is about the undead but not in the common theme that has become boring and overdone.

What this book has is friendship, love, action, adventure, and mysticism that only Brandon Luffman could bring together so beautifully. I could NOT put this book down.

I highly recommend for a good read. To be honest, I'll be reading it again.

You have subscribed to Smashwords Alerts new release notifications for Brandon Luffman.

You have been added to Brandon Luffman's favorite list.

You can also sign-up to receive email notifications whenever Brandon Luffman releases a new book.