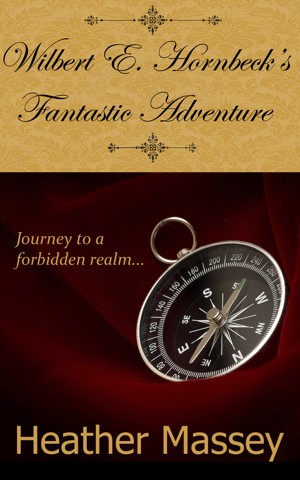 Heather Massey (she/her) is a geek mom who's the proud parent of a terrific daughter and married to the love of her life. Heather is best known for her sci-fi romance blog, The Galaxy Express.

Though she’s neither an award-winning nor bestselling author (thank you for not judging!), her stories provide quality entertainment by way of fantastical worlds, action-adventure, and larger-than-life characters who fall in love while battling evils such as classist jerks, corporate greed, the patriarchy, and corrupt politicians.

. I agree with FlemSnopes gripes, I suggest you overlook them and enjoy a fun and entertaining story.

Quite entertaining, with some small gripes. It was almost a 'fantastic story' of the type Verne, H.G. Wells, and Twain could have written. The viewpoints and morals of the characters worked well. Except for the contractions: 19th century writers didn't use them. They said, "did not," instead of "didn't." Everything was written out. This would've been almost unnoticeable, except that the Massey used no apostrophes. Didn't became didnt, would've became wouldve. The lack of punctuation drew attention to the contraction every time.
Very creative writing. Worth reading.

Well written and very entertaining. I enjoyed reading this story.

You have subscribed to alerts for Heather Massey.

You have been added to Heather Massey's favorite list.

You can also sign-up to receive email notifications whenever Heather Massey releases a new book.