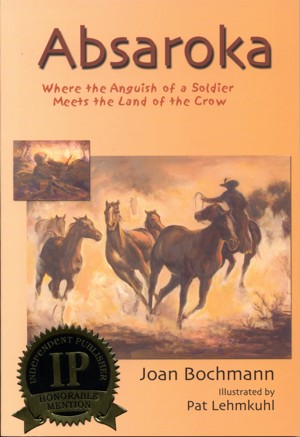 By Joan Bochmann
Rated 5.00/5 based on 1 reviews
Matt Reed returns from Vietnam to his family's Wyoming ranch only to find it barren of cattle and his father defeated after losing his wife to cancer. Banker Paul Pringle, Matt's long time rival, is foreclosing on the ranch with plans to cash in on its mineral deposits. To save his ranch, Matt must raise a lot of money fast. A lovely neighbor, a Crow Indian, and a wild horse herd help him.

Easy reading, the characters well developed and totally believable. A real world solution arrived at through insight into the Vietnam veterans dilema.

You have subscribed to alerts for Joan Bochmann.

You have been added to Joan Bochmann's favorite list.

You can also sign-up to receive email notifications whenever Joan Bochmann releases a new book.