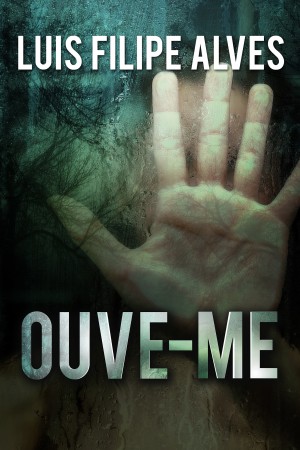 Luís Filipe Alves has been a writer all his life, it just took him until 2005 to notice. And he still forgets sometimes.
He was one of the first podcasters in Portugal, with the weekly-ish music show Armário das Calças (which translates as The Pants Closet; don’t ask), a name he kept using with his blog long before the podcast closed doors. The blog itself was closed in early 2012, replaced by the portuguese version of LuisFilipeAlves.com.
Luís also co-founded the flash fiction blog Palavras Contadas (Counted Words), and was part of the team of Outro Lado dos Comics (The Other Side Of Comics), a comics news and analysis blog. He still hasn’t formally quit, but trust us, he doesn’t work there anymore.
His daily (portuguese language) newsletter Obviamente (Obviously) hasn’t missed a single weekday since it started in June 2012. Luís is justifiably proud of that, but less so of its actual content on most days. He’s since published the first year of it as a book. It looks good on his shelf.
He’s self-published six ebooks in portuguese, and intends to release at least as many in 2014, while also translating them all into english.
And whatever else he’s doing right now, he should stop it, and just write some more.

You have subscribed to alerts for Luis Filipe Alves.

You have been added to Luis Filipe Alves's favorite list.

You can also sign-up to receive email notifications whenever Luis Filipe Alves releases a new book.