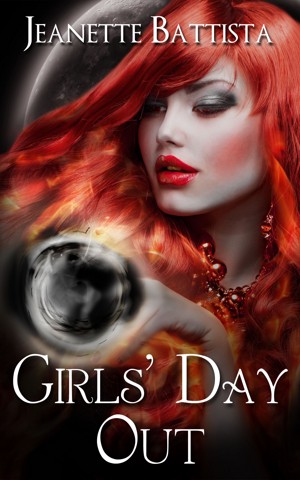 T manages to drag J along, promising a day full of pampering and relaxation. But the Underworld has different plans. When T and J are attacked by a pack of demons, their girls’ day is ruined and replaced by something much more sinister: A life-or-death investigation into the person—or demon—who wants them dead.

Jeanette Battista graduated with an English degree with a concentration in medieval literature, which explains her possibly unhealthy fixation on edged weapons and cathedral architecture. She spent a summer in England and Scotland studying the historical King Arthur, which did nothing to curb her obsession. To satisfy her adrenaline cravings—since sword fighting is not widely accepted in these modern times—she rode a motorcycle at ridiculously high speeds, got some tattoos, and took kickboxing and boxing classes. She gave up the bike when her daughter came along, although she still gets pummeled at the gym on a regular basis.

When she’s not writing or working, Jeanette spends time with family, hikes, reads, makes decadent brownies, buys killer boots, and plays Pocket Frogs. She wishes there were more hours in the day so she could actually do more of these things. She lives with her daughter and their two psychotic kittens in North Carolina. 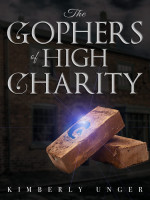 You have subscribed to alerts for Jeanette Battista.

You have been added to Jeanette Battista's favorite list.

You can also sign-up to receive email notifications whenever Jeanette Battista releases a new book.