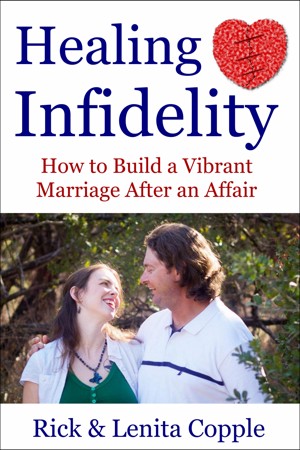 Healing Infidelity: How to Build a Vibrant Marriage After an Affair

Yes it can. Rick and Lenita Copple experienced an affair and rebuilt to a stronger marriage. Using their story as an example and distilling from their experience and exposure to a variety of couples, the authors share the principles and steps that allowed them to not only deal with their wounds, but heal them into a vibrant relationship.

Does the unfaithful spouse know the attitudes and steps to heal? Does the hurt spouse know how to face their losses to emerge whole? A couple may only get one shot at rebuilding. Too many end up either divorced or living in a substandard relationship. Can either spouse afford not to seek guidance from those who've traveled this road?

There is no need to go it alone and hope for the best. Not only do the authors share what they've learned along their journey but give a recommended reading list of the books that effectively helped them to heal.

Rick grew up in South/Central Texas, and attended college at Southern Nazarene University where he graduated with a BA in religion. He pastored two churches before moving to the Orthodox Church in 1996. During those years and up through the present, he wrote many homilies, Bible studies, and devotionals.

In 2005, Rick became interested in writing science fiction and fantasy stories. He has currently published seven book, six fiction and one non-fiction book. You can discover more about his fiction writing at his author website: http://www.rlcopple.com.

Rick did most of the initial writing of the book, but Lenita wrote much of the real-life story, as well as was highly involved in the editing of the manuscript. Much of what the two learned about healing infidelity came through her healing. 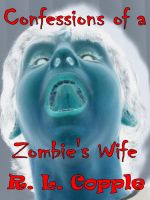 Reviews of Healing Infidelity: How to Build a Vibrant Marriage After an Affair by Rick Copple

You have subscribed to alerts for Rick Copple.

You have been added to Rick Copple's favorite list.

You can also sign-up to receive email notifications whenever Rick Copple releases a new book.