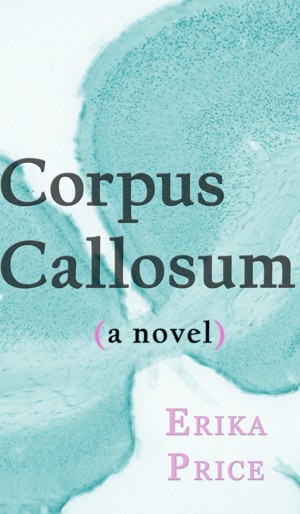 By Erika Price
Rated 5.00/5 based on 1 review
Corpus Callosum is a work of literary science-fiction about Jeanette Porter, a 30-year-old copywriter who uploads the mind of her dead sister Joey into a computer. But Joey doesn't take this change well, and begins to behave erratically. Jeanette must track down the computer’s inventor and enlist the help of several other uploaded minds in order to save her sister’s sanity and repair their bond. More
When 30-year-old firefighter Josephine Porter dies in the line of duty, her sister Jeanette arranges to have Joey’s brain uploaded to a computer system called BrightBox. At first, Jeanette is thrilled to have her sister’s mind stored in a small device that she can bring with her wherever she goes; life seems to become one unending slumber party.

But being trapped in a BrightBox doesn’t suit Joey well—she experiences painful phantom limbs, strange auditory and visual hallucinations, and finds herself remembering things that never actually happened. Plus there’s all the strange information that keeps downloading into Joey’s hard drive…information that Joey doesn't want to know, and that BrightBox’s parent company finds dangerous. Soon Jeanette must enlist the help of BrightBox’s sales representative and the product’s senile inventor, in order to track down the source of the strange downloads and restore her sister’s sanity.

Erika D. Price is a writer and social psychologist living in Chicago, Illinois. Her work has been featured in Whiskey Paper, EFiction, Red Fez, Literary Orphans, and on Liar’s League NYC’s podcast, among others. She’s also written journal articles for academic presses that no sane human being would ever read. She writes regularly at http://www.erikadprice.tumblr.com 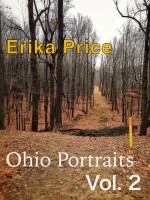 This is an excellent literary novel with a sci-fi element (but if you are not a big fan of sci-fi, don’t let that put you off, because the focus is much more on the characters than the science).

Joey and Jeannette are twin sisters. When Joey is fatally injured in a fire, Jeannette can’t face the thought of life without her – so she pays the good folk at LifeMedia to have Joey’s mind uploaded into a “BrightBox” (this is the main sci-fi element – but in most other respects, the world of the story is very similar to our own and the focus is very much on the characters rather than the science). At first it seems to have worked – but as time goes on, Joey starts to wonder if she now has more in common with other BrightBox “uploadees” than with “breathers” like her sister. On top of which, it seems that the technology may not be entirely bug-free.

Although it starts off relatively gently and appears to be primarily character-driven, the plot soon gathers momentum and I found it hard to put down. It also gave me a lot to think about – for example, to what extent do our bodies dictate the way we think and behave? Would we start to become different people if we no longer had human bodies, like the uploadees? An intriguing and very thought-provoking novel.

For a longer review, see: http://www.paulsamael.com/blog/corpus-callosum

Oh and one more thing – for what it’s worth, I’m not the only person who enjoyed this novel. It has attracted a clutch of similarly positive reviews on Amazon too. See: http://www.amazon.co.uk/Corpus-Callosum-Anatomy-ebook/dp/B00CYP6YCC

You have subscribed to alerts for Erika Price.

You have been added to Erika Price's favorite list.

You can also sign-up to receive email notifications whenever Erika Price releases a new book.