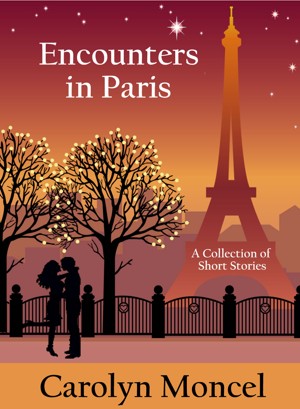 Encounters in Paris - A Collection of Short Stories

By Carolyn Moncel
Rated 4.33/5 based on 3 reviews
Ellery Roulet, a 35-year-old African-American PR executive living in Paris thinks she has the perfect life until trouble enters her world via job loss, infidelity, and death. When Ellery’s world changes at five different periods of time over a ten-year span, she quickly learns that it is how she chooses to deal with life’s trickiest situations that shapes her soul.

A virtual media and web consultant by day and author by night, Carolyn Davenport-Moncel moved to Paris from Chicago, her hometown, in 2001. In Paris, she started the first English-speaking Virtual Assistance firm. Known for her online articles on media relations, Moncel owns MotionTemps, LLC, a Digital Project and Web Content Management firm with offices in Chicago, Paris and Geneva; and its subsidiary, Mondavé Communications, a media relations training and publishing company. She has written, placed articles and been featured in such diverse publications as Entrepreneur.com, Expatica.com, Chicago Tribune, Forbes, Wired News, International Herald Tribune, Wall Street Journal, Working Mother, Bonjour Paris, and PrissyMag.com. She currently resides in Lausanne, Switzerland with her husband and two daughters Encounters in Paris is her first work of fiction. Her next collection of short stories, 5 Reasons to Leave a Lover will debut in fall 2011.

New Encounters in Paris Video Book Trailer!
Life is filled with random encounters and Ellery Roulet, a 35-year-old American PR executive living and working in Paris, has experienced enough of them to last five lifetimes. When betrayal, loss, regrets and even acceptance enters Ellery's life at different times, she learns a great lesson: it's how you deal with problems that shape the soul. 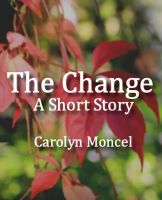 Encounters in Paris explores a few key moments in the life of Ellery Roulet. Set in Paris, the woman's life is turned topsy-turvy as a result of two letters. The rest of the stories cover the ripples caused by those initial two events, exploring Ellery's emotional state and focusing on the decisions that she makes.

Described as a book of short stories, Encounters is more like a series of vignettes. What makes these scenes works is the author's ability to evoke emotion and create an ambiance with these short interludes; despite the limited amount of information given, I felt like I knew exactly what was going on, and I was connected to Ellery in those moments. There is something easily accessible about the experiences that are relayed; the setting of Paris is more incidental than anything else. With a few particulars altered, these stories may just as well have taken place elsewhere.

Perhaps what is most remarkable about this work is its ability to pull you into each story. In a matter of two or three paragraphs, one is drawn into Ellery's life just as surely as one would tumble into the world of a much longer tale. What is implied is as important, if not more so, as that which is stated outright. It's an effective reflection of a world in which most of our communication is nonverbal, and a single action can convey a mountain of words. Ellery's actions certainly speak volumes about her development as a character.

The book itself is only about twenty-seven pages long. I would have liked to have seen more scenes, as the everyday does as much to establish a character as do major life events. Additionally, the style took some getting used to. The sentences were a little overdone in terms of their content—that is, too much information was crammed in, and not necessarily in a logical manner. The attempts at lyricism felt forced, and the story flowed best when the author wasn't trying quite so hard.

Given the length of this work, there is only so much that I can say. It is a quick read, and the snapshots are easy to fit into a short wait at the doctor's office or the spin cycle on your washing machine. I managed to complete it in the course of a single lunch break. For those who want something that is easy to put down and to pick back up, this just may be the right fit for you.

Hide and Read
(Review copy provided by the author)

I have never read a collection of short stories incorporated into a book before, so this was a new experience for me. I found this book very interesting, I was able to really connect with the characters in a very short time and I loved the fact that it presented issues such as infidelity and betrayal and things that are present in today's society. I am looking forward to reading more of Ms. Moncel's works and I will be recommending this story to friends.

Enjoyed this short story very much, Carolyn has a style of writing that draws you into the story straight away and conveys a message of "being there".

Loved the comment "Divorce is a funny thing-it was contagious like polio" I guess a lot of people can relate to that.

You have subscribed to alerts for Carolyn Moncel.

You have been added to Carolyn Moncel's favorite list.

You can also sign-up to receive email notifications whenever Carolyn Moncel releases a new book.