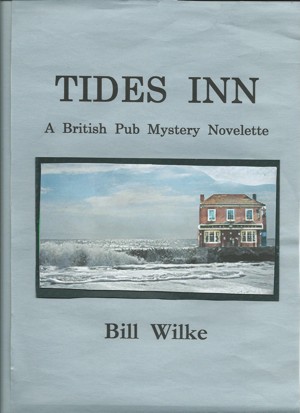 By Bill Wilke
Rated 5.00/5 based on 5 reviews
A baffling mystery.
A unique British pub.
Isolated on the end of a rocky peninsula.
Cut off by high tide.
Eight people trapped in the pub.
One person murdered.
Seven people with motives.
Zero people with opportunity.
Who did it? How did they do it?

A charming, classical, old-fashioned "whodunit" that will delight Agatha Christie enthusiasts everywhere. More
The Tides Inn, a one-of-a-kind British pub, is built on the end of a small peninsula jutting out from the Yorkshire mainland. At low tide the water is below the top of the walkway and people can freely enter or exit. But when the tide comes in, access goes out, and everyone present is a captive audience. Very few customers complain. The drinks never stop flowing. However, on this night, while the walkway is inaccessible, one of the eight imbibers is murdered. The seven survivors all have motives. Apparently there is absolutely no opportunity for any of the seven to do it.

Gruff Police Sergeant Reggie Duke and attractive Constable Dawn Tompkins clash as they jointly attempt to provide the solution to this baffling case.

Bill Wilke grew up in New Orleans, attended Louisiana State University, and is now retired in the Lake Tahoe, Nevada area. Between college and retirement, he spent nineteen years in the Middle East, eleven in Egypt, under the rule of President Mubarack, and four years in Libya, under the rule of Colonel Khadafy. This has enabled him to get to know this region's people, their mind-sets, customs, culture, and has afforded an exposure to ruthless dictatorships. This experience has provided the inspiration and the foundation for two novels that are anchored in the Middle Eastern culture, an action-packed, thought-provoking adventure novel entitled "Doublestar Implosion", and a delightful, educational children's novel, "Maadi's Adventures in Egypt". Please join him at Bill Wilke on Face Book, or contact him at bswilke2@gmail.com. . 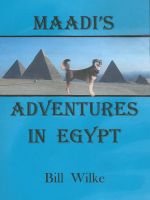 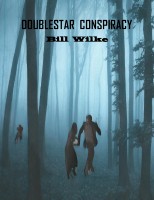 Enjoy the shorter written works available on Smashwords. A good mystery variation on the locked room. Look forward to more work from this author.

Loved this read!! Looking forward to reading more of your work!!

Loved it! This is what a real mystery story is to me. Here's hoping you write many more!

Mystery in the classic style!Best enjoyed by a roaring fire with a single malt close at hand....great fun!Looking out for your next one!

A very well written short mystery. Quite enjoyable. Will read more by this author.

You have subscribed to alerts for Bill Wilke.

You have been added to Bill Wilke's favorite list.

You can also sign-up to receive email notifications whenever Bill Wilke releases a new book.