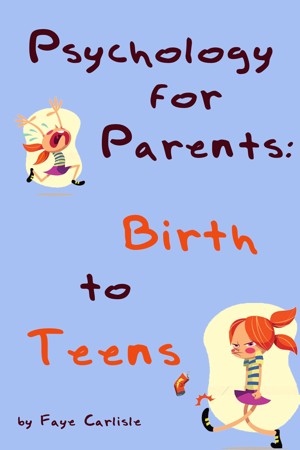 Psychology for Parents: Birth to Teens

By Faye Carlisle
Rated 4.75/5 based on 4 reviews
Psychology for parents: Birth to teens is a comprehensive reference guide. It presents psychological research on parenting children from birth to teens. It aims to bridge the gap between child psychology textbooks and traditional parenting books. Topics covered include attachment, discipline, mindfulness, giftedness, language development and special needs. More
Have you asked yourself the questions: Is it better to be strict or lenient with my children? What should I do if my child is being bullied? How can I get my teenager to talk to me? What should I do if my child has dyslexia?

Psychology for parents: Birth to teens offers answers to these questions grounded in psychological research. It presents psychological evidence on parenting issues from birth to teens in an accessible way. It aims to bridge the gap between child psychology textbooks and traditional parenting books.

Faye Carlisle lives and writes in Buckinghamshire, UK. She has written a number of educational and fiction books for children and young adults. 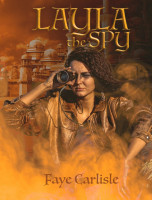 Reviews of Psychology for Parents: Birth to Teens by Faye Carlisle

This book has great information that I will definitely use when I have children, hopefully in the near future! It's arranged in related categories that makes it simple to find info for certain age groups and situations. I can tell that a lot thought and time went into writing this book. Great job!

What a refreshing change to read a parenting book that's based on research rather than just someone's opinion (who claims to have all the answers because they've either had lots of children or worked with children!).

This was a very reassuring read for me as it gave justification for a lot of the decisions I have already made with respect to my two children (aged 9months and 3years) on everything from getting them to sleep, to returning to work. I would recommend it to any new parents. You meet so many opinionated people along the way whilst raising children and are constantly being given completely conflicting information. As an example, I was told that you should never leave a child to cry as they can end up at higher risk of suffering from depression and suicide in adulthood, but also, if you never leave them to cry they never learn to settle themselves and end up with chronic sleep problems which can them lead to....higher risk of suicide and depression in adulthood??!

There is more often than not, no one right answer when it comes to parenting decisions, and what sets this book apart is that it doesn't give a set of answers. Various strategies are discussed, and an examination of the current research is used in an attempt to identify the better strategies.

I’m probably not the ideal person to comment on this book since I don’t have children of my own, but it’s so well written that I wanted to add my two cents of support for the author. This is an easy to read, no-fluff guide to make sense of parenthood. The author has included research supporting her approach, but there is also plenty of tangible advice, and easy to follow examples throughout the book. I think it’s also good to know that you don’t have to follow the precise flow of the book to gain the full benefits. If there is a particular area of concern, for example potty training or sibling rivalry, the format of the book makes it easy to find helpful answers. This is an easy book to recommend.

This book is the perfect companion for parents, particularly those with babies or young children. Many books for parents try to sell a "how-to" or "step by step" approach to the early days/surviving toddlers, with little background reasoning as to "why" their particular approach is recommended. By contrast, this book clearly sets out a balanced view of the results of the psychological research on many of the issues which are most troubling to parents. The author does this in a very reader-friendly way and the book is lively and conversational as well as being backed up with solid psychology references. The book is well-structured and easy to dip into. Thoroughly recommended!

You have subscribed to alerts for Faye Carlisle.

You have been added to Faye Carlisle's favorite list.

You can also sign-up to receive email notifications whenever Faye Carlisle releases a new book.