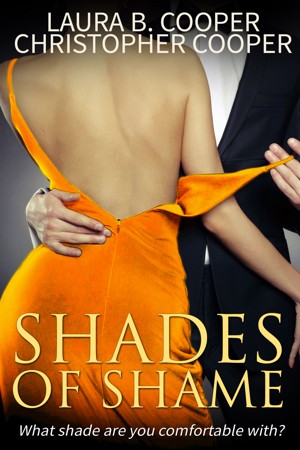 By Laura B. Cooper
Adult

“Right. My type. You really want to know my type?” Leila settled back into her chair and sipped her drink.
“Yes Leila I think I’d be very interested in that information,” David smiled conspiratorially.
“I like a mature man, a little gray around the temples, and one that views his experience as an asset. Someone who knows what they want, and isn’t afraid to do anything to get it.” She watched him carefully to see his reaction. Most people would have thought her words were too forward but David smiled slightly. It was as if he expected those very words to flow from her shiny pink lips.
“Anything?”
“Anything. But most of all, someone who could take me as their own, not afraid to objectify me, and use me as they wished.”
“Sounds pretty daring. Not much of a romantic, are we?”
This was clearly a test, she thought. This was his way of seeing if I’m serious.
“Not at all. For one to be romantic, you must put more into lovemaking than I have the time or inclination for. No, just give me the raw, carnal sex, and don’t hold back. I like it…” she said with a whisper as she stood and approached him, “rough.”
The Senator cleared his throat, making a loud, obvious sound in order to convey not only his surprise, but his approval. “I see where my son could fall short, now. He’s just like his mother: a hopeless romantic.”
Leila stood and walked around the back of his chair, trailing her hand across his chest and around his throat. “I hadn’t seen Logan in years, Senator, but I understand he’s a good boy. Good boys are nice, but they bore me. If he knew what I was thinking right now, he’d be ashamed of both of us.”
“There are many shades of shame, my dear. You just have to find the one you’re most comfortable with,” his breath became heavier with her closeness.
“Exactly. And you, sir?” Leila ran her fingers through his thick hair, pulling his head back and forcing his gaze to the ceiling. Leaning into him and placing her lips next to his ear. “What shade are you comfortable with?”
Available ebook formats: epub mobi pdf rtf lrf pdb txt html
First 25% Sample: epub mobi (Kindle) lrf more Online Reader
pdb
Price: $2.99 USD
Buy Add to Library Give as a Gift
How gifting works
Create Widget
Tags: love erotic romance anal bdsm bondage love triangle romantic love blowjob
About Laura B. Cooper

Born in Savannah but raised on Sullivan’s Island, South Carolina, Laura Cooper is a true southern woman. She believes that iced tea should always be sweet and has an entire Pinterest Board with over a hundred different ways to cook shrimp.

Via an AOL chat room she met her husband of sixteen years, Chris Cooper. Together they have two children, (both in college at the same time) and fifteen, yes count ‘em, fifteen dogs.

Prior to writing novels, Laura ran a large pure breed rescue organization for homeless animals. She, Chris and the kids found homes for over six thousand homeless dogs until they retired three years ago.

Between calls begging for money (from her children) and squeaky toys, she somehow manages to embolden other southern women to explore their sexuality through reading. Claiming that fifty is the new thirty, Laura encourages her readers to examine themselves, crawl out from beneath the soccer mom status and live a little.

Learn more about Laura B. Cooper

Reviews of Shades of Shame by Laura B. Cooper

Shame is defined as: "to cover"; as such, covering oneself, literally or figuratively. It is a conscious condition of what we can outwardly expose what we inwardly want to leave uncovered.

“There are many shades of shame, my dear. You just have to find the one you're most comfortable with...”

Shades of Shame is the prequel to Semper fi where we met Logan McNarry, the son of Senator David McNarry. He has a scandal that haunts his past and threatens his future. But Logan isn't the only one with skeletons in his closet.

Senator McNarry has a refined taste and insatiable appetite for his interns. He uses these traits to quench his thirst for his very own brand of kink in his “Den of Sin.”

“The tawdry encounters with women held little emotional importance and were only to satisfy his sexual cravings, nothing more.”

His relationship with his wife Elise is one that pulls at your emotions. All she really wants is her husband, and as you learn of his indiscretions and the emotional bond he has with her, you find yourself rooting for the happily ever after, which I always like in a love story. But this is not that kind of story.

Lelia, the daughter of Elise’s best friend Patricia, is one of the Senator’s interns. She is career minded, head-strong, and doesn't know what it means to have real unconditional love. Her daddy issues create a situation that puts her heart in the middle of her own emotional game of tug of war. Logan is not who she ever thought she wanted but his power of persuasion has the ability to turn her head his way. Is his love enough to fill the void she is so desperately trying to fill?

I give this book 3.5 stars. I enjoyed the story as a standalone book. The characters are developed and relatable even to this vanilla mid-western chick. I was a huge fan of Logan and his story and was not disappointed in his interactions with the other characters. I now have a clearer view of his past and why he made the choices that he did to be in that airport the day he met Mattie. I anticipate the third book will hopefully push the envelope and draw me in as the series continues.


Keep in mind that this book is a prequel to the first book in this series, Semper Fi, in which I had formed an opinion of a deceased character in it. Leila. I thought she was a dirty pig who was out for herself and used anyone in her path to further her career. A selfish, lying bitch. A woman who broke a man’s heart and sent him reeling. A woman’s actions who seemed to be the catalyst of a family falling apart. Boy was I surprised to read Shades of Shame which was HER story from her point of view and saw how wrong I was. Well, not totally wrong. She was no Mother Theresa but not the devil as I thought she was. I actually can say I liked her a little bit. It was nice to see her true feelings towards Logan and that she truly did love him. In reading Semper Fi, I saw the destruction and heartache she left behind and loved that I got to see how she got to that point to begin with. I don’t want to give too much away because you really need to read this book after Semper Fi but the twists and turns and revelations of the relationships between characters is shocking!! Truths are revealed and while I liked and felt sorry for characters in the first book, I felt the opposite once I read this book and saw who they really were!!! Loved it and hope there is more to this series!!!!!

When I learned that the prequel to Semper Fi was coming out, my first thought was, "This has got to be bad just from what I've read in Semper Fi", but, and I don't want to spoil anything here, I found this book to be every bit as satisfying as the first. I assumed it would be abusive, careless, even hopeless...but the story that unfolds that shaped Logan McNarry's life is incredibly heart warming, heart breaking and heart wretching. I enjoyed every word of this tale of political entrapment and corruption, unconditional and undying love between so many of the characters, and sex in it's most sinfully addicting 'and' harmoniously beautiful forms. I am most pleased with the outcome of this book and will recommend it to all. Bravo to Laura and Christopher for a job extremely well done.

This book was nothing at all like I thought it would be. It was sooooo much more. I was expecting this kink filled story where love would eventually bloom. What I was not expecting was this beautiful love story. Yes, there was some kink, but that is not what this enchanting story is about. I read and review a lot of sexy books and once in a while, a straightforward book comes along that presents sex as it should be--fun, fresh, rich and inventive. This is one of the few books about sex that you actually want to sit down and read. The quality is amazing! I really liked this book. Highly recommend it!

LOVED THIS BOOK! If you read Semper Fi, this book will give you the background of Logan and make you love him even more.

(reviewed 2 days after purchase)
Gail Campbell reviewed on June 3, 2013
(no rating)
This book was absolutely incredible. After reading Semper Fi, I had a lot of questions that were answered in this book. LOVE LOGAN!

(reviewed 2 days after purchase)
Diana Surgent reviewed on May 30, 2013

I waited for this book for what felt like forever. I loved Semper Fi, my heart melted for Logan! I could not wait to get my hands on the prequel as soon as I heard that there would be one! And I was not disappointed, Laura and Christopher Cooper out did themselves! I was completely shocked with every twist and turn! I never thought I would like Leila but then again everything I thought I knew from Semper Fi was out the window by the second chapter! Highly recommend this series! Great story and hot to boot!

You have subscribed to alerts for Laura B. Cooper.

You have been added to Laura B. Cooper's favorite list.

You can also sign-up to receive email notifications whenever Laura B. Cooper releases a new book.