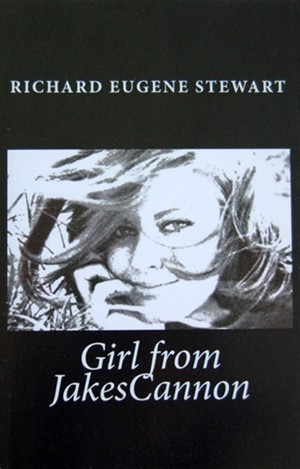 Murder, damnation and redemption, life and love, are played out against the backdrop of a country united in war.

"Girl from JakesCannon" is the exciting, unpredictable saga of a girl from the backwoods of Virginia, unknowingly hunted for a fortune she doesn't know she has by gangsters she has never heard of and how she affects all whom she encounters . . . even those who would kill her.

Richard Eugene (Dick) Stewart has been a band vocalist, hit recording artist, hosted TV shows (local and network), produced several television series and one feature film, wrote and composed songs recorded by Mel Tormé and Tennessee Ernie Ford, and was on-camera TV spokesman for over one hundred of America's top corporations. He is retired in Sun City, Arizona, with his wife, actress Anne Randall Stewart.

"Girl from JakesCannon" is his first novel and reached the semi-finals of The Amazon Breakthrough Novel Award Contest receiving rave reviews from Publishers Weekly.

You have subscribed to alerts for Richard Eugene Stewart.

You have been added to Richard Eugene Stewart's favorite list.

You can also sign-up to receive email notifications whenever Richard Eugene Stewart releases a new book.