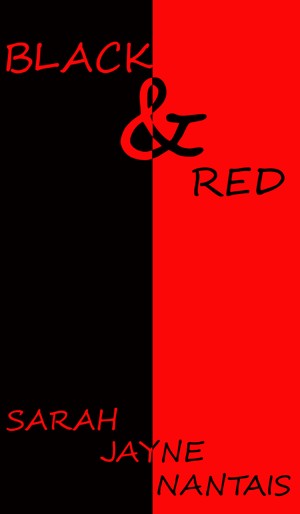 By Sarah Jayne Nantais
Rated 4.33/5 based on 3 reviews
After two hundred and fifty years of eternal torment, Kalan, Eikon's most powerful sorceress, has been brought back to her native world.

Who has brought her back and what is their purpose? Why had she been banished in the first place?

A fantastical tale of revenge, pain, and suffering following the repercussions of the actions of others. More
It's been two hundred and fifty years since Kalan, the most powerful sorceress in all of Eikon, has been banished her to endless hell.

Due to the actions of the powerful men of her time she has been forced to endure endless life in a waste land where death is a luxury she cannot ever hope to achieve.

And then one day, a voice pulls her from her hell back into the world where she once lived.

Upon her return she is confronted with the repercussions of the actions the men of her time have had on their descendants and the world that has come after them.

What is Kalan's part to play in this? Why has she been returned to her native world?

In a fantastical tale of revenge, pain, and suffering the results of the actions of others will dictate the lives of those in the future.

I found this to be an engaging adventure with characters that capture your heart and imagination. Sarah shows a lot of potential and creativity with her debut fantasy novel, Black & Red. An informal style paired with a few anachronistic phrases make the book especially easy for young adults to connect with the author. The dark theme and nature of the plot is broken up well by a jovial sense of humour that permits the reader to take a good-natured look at themselves. I look forward with grant anticipation to Sarah’s next publication. This book is a good read for everyone, even if they are new to the fantasy genre like myself.

I was spellbound. Perhaps it was because Black and Red is peopled with sorcerers and successes, but I think it was the writing. The narrator seemed to be speaking in a soft, slow voice, weaving an account of Kalan and the prison in which she had lived for three hundred years.. I was pulled into the story and I followed it to the end.
Kalan is a great sorceress, as her father was a great sorcerer. Her blood-red hair testifies that her mother had died in childbirth and she was marked as a devil-child for life. Her father’s only child – powerful sorcerers typically have but a single child – she had studied with her father and, if it were possible, was more powerful than he.
Another sorcerer, jealous of her father’s power, persuaded the king that he was a threat, and the king approved his murder. When Kalan arrived at the castle to exact vengeance for his death, five of the greatest sorcerers of the land trapped her with a binding spell too powerful for her to break, and locked her away for eternity. Two of those powerful sorcerers acted under duress, and one of them inserted a “loop,” a way out, into the spell. After three hundred years, the loop is used, and Kalan finds that she is free. She sets out to wreak havoc on the descendants of those who wronged her.
Terentya, “Ter,” is marked with the same red hair as is Kalan, and her eyes burn red, too. Her mother was killed just before her birth, and Ter’s foster mother pulled her from her dead mother’s womb. Her foster parents belonged to a band of mercenaries, who fought for the highest bidder, and Ter has grown into a warrior, young woman who is a force to be reckoned with in a fight.
Ter is descended from one of the sorcerers who sealed Kalan in her prison. When Kalan returns, Ter is summoned to help repeat the spell.
As I read, I felt Kalan’s agony at her imprisonment. I abhorred her intent to kill innocent people in her quest for revenge. I rooted for Ter to find the happiness that had eluded her in life.
The story line is fascinating. The action scenes are some of the best that I have read. While the manuscript would benefit from an editor, the story is so good, that only those who are obsessive about minor problems will be distracted. Black and Red is well worth the read!

An excellent read filled with strong and well rounded characters that develop along nicely as the story progresses. Shown from two points of view of the same conflict, I enjoyed the manner in which the characters where shaped by their interactions and trials on two very different journeys.

A swords and magic fantasy that draws from a number of influences to create an imaginative look into how the sins of the past can affect the future.

The world is vibrant and exciting described to a level that gave clarity yet provides room for the readers imagination to take hold and expand on what is written.

Overall an enjoyable read and I recommend it to anyone, fans of the genre or not.

(reviewed 5 days after purchase)
Fallacious Rose reviewed on June 10, 2013
(no rating)
I thought this book was pretty imaginative, and the opening scene had me interested. It falls into the sword and sorcery category of fantasy, which I don't usually read, but I enjoyed it.

You have subscribed to alerts for Sarah Jayne Nantais.

You have been added to Sarah Jayne Nantais's favorite list.

You can also sign-up to receive email notifications whenever Sarah Jayne Nantais releases a new book.