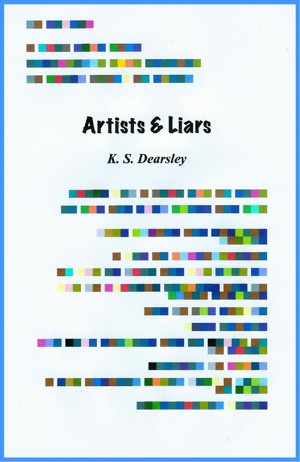 As Pablo Picasso said: "Art is a lie that reveals the truth." Art and artists show us who we are and what the world could be. Whether you love visiting galleries or think conceptual art is something to do with birth control–whether you are conscious of it or not, art influences all our lives. Artists, models, dealers, collectors, voyeurs, where would be without them?
Available ebook formats: epub mobi pdf lrf pdb txt html
First 20% Sample: epub mobi (Kindle) lrf more Online Reader
pdb
Price: $3.99 USD
Buy Add to Library Give as a Gift
How gifting works
Create Widget
Tags: betrayal revenge art serendipity art model art fiction art poetry betrayal jeaously passion
About K S Dearsley

K. S. Dearsley began writing stories practically as soon as she could hold a pencil. She started with fiction and plays (often inspired by Dr. Who) and a series of secret agent 'novels' influenced by The Avengers and The Man from Uncle, and continued writing throughout a series of jobs before returning to university to get an MA in Linguistics and Literature. She finally got to be a professional writer, freelancing for newspapers, magazines and businesses.

She is now a prize-winning playwright and short story writer (The Jo Cowell Award, Dark Tales, Lymm Festival, Sussex Radio Playwriting etc.), and her work has appeared in various publications on both sides of the Atlantic, including Daily SF, Dark Horizons, QWF, Time for Bedlam and Diabolical Plots.

When she is not writing she practises Tai Chi and daydreams about living in a warm country.

You have subscribed to alerts for K S Dearsley.

You have been added to K S Dearsley's favorite list.

You can also sign-up to receive email notifications whenever K S Dearsley releases a new book.