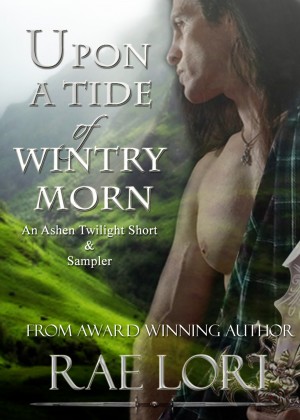 Upon A Tide of Wintry Morn (Ashen Twilight #1.5)

By Rae Lori
Rated 5.00/5 based on 1 reviews
While the three houses move westward for a better life, shades of the past return. Ariya senses a connection between Alexandru Drago and his prince, Vlad Tepes III aka Vlad Dracul, as she relives their conspiracy to take the throne of Wallachia using a secret army. Meanwhile, Jace relives his father's burial in the Highlands of Scotland and muses over living with Ariya in the Aziza fairy realm.
Download: epub mobi (Kindle) Online Reader
Price: Free! USD
Add to Library
Create Widget
Tags: romance vampire fairy dracula contemporary fantasy ashen twilight vlad the impaler
About Rae Lori

Throughout her writing career, Rae has written comic book and film related articles which have appeared in online publications such as Women on Writing (WOW), Comic Stack, Suite101, CinemaGap and Dark Moon Rising. As a result, her alma mater's English course chose one of her articles as an example for how to write an article. She also served as editor and contributing writer of her school newsletter. For her contributions to the newsletter and her leadership, she has won various Success & Leadership awards sponsored by her alma mater where she received her BA in Media Arts & Animation.

Her manuscript, Hotel Sunset, won an Honorable Mention award in the 73rd Annual Writer's Digest Writing Competition. Her chapter contribution on worldbuilding in speculative fiction won the 2011 ForeWord Book of the Year Gold Award Winner in Writing (Adult Nonfiction). Her novella, One Evening in London, was awarded Winner of Best Romance Novella in SORMAG's 2009 Reader's Choice Awards. Under various pen names, she has written books, novellas and short stories that run the genre gamut of science fiction, fantasy, short roman noir and paranormal romance and many more waiting to drip onto the page.

A fan of David Lynch and Alfred Hitchcock, she also has a love for film, vampires and visual storytelling which she couples with the art of the written word to tell her stories. While penning her works, she loves to create artwork that explores her strong female characters and the men in their lives.

An extremely well written tale with a strong romantic/ gothic/fantasy theme. I normally don’t go for this genre, but this is top notch. Obviously, Rae is no novice writer!

You have subscribed to alerts for Rae Lori.

You have been added to Rae Lori's favorite list.

You can also sign-up to receive email notifications whenever Rae Lori releases a new book.