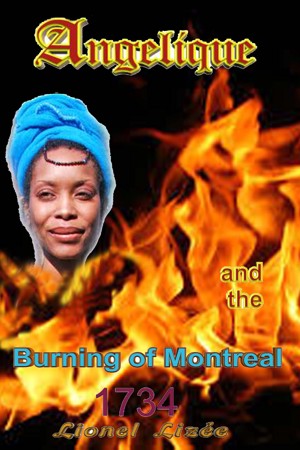 Angelique and the Burning of Montreal

In 1734 during a windstorm, a fire burned 45 homes and a hospital within three hours. Accused on the evidence of a 15 year old slave who claims to have heard Angelique swear that her mistress would not sleep in her bed that night, the novel details the discover of the motives for the accusation being upheld by the Prosecutor, Judges and court counsellors. Based on actual court records. More
A violent and voracious fire fed by a fierce wind destroyed almost half of Montreal in April of 1734. Before the fire had burneditself out, the Prosecutor had laid an accusation or arson against the slave, Angelique, based on the 'public voice' [hearsay] began by a fifteen year old slave of a neighbour that Angelique has sworn, before the fire, that her owner, Dame Couagne, would not sleep in her bed that night. Pouge, an investigator of sorts, searches for the truth, coming to the realization that she is innocent. His initial review of the evidence he has leads him to accept her innocence. Unable to speak with her because of the rules governing prisoners and jails, he ferrets about for evidence to support his hunch. In the process he comes to the realization that not only is she innocent, but the legal system is being manipulated to result in her conviction. His further involvement develops a sense that the system is being used by a variety of individuals for their own ends. The proceedings are bent to find her guilty, relying, in the end, on a second testimony of a four to five year old girl, who says she saw her go up the stairs inside of Dame Couagne's house with a shovelfull of coals to set the fire. Evidence was given that few houses had lit their fireplaces that day, including the house of Dame Couagne. Pouge shifts his search to determining the motives of a the colony's Intendant, Prosecutor, Judge, and Court Counsellors.
The novel is based on court records.

Born in Saskatchewan of French Canadian parents, Lionel became first a school teacher, then a lawyer, a college instructor, and, a financial advisor. Always interested in the power of words, he discovered his ancestry, but without any understanding of what brought them to where he was. An active imagination helped to fill in the blanks left between birth, marriage and death from the elements in motion in their lives. Canadian historical novels garnered his interest and devotion. 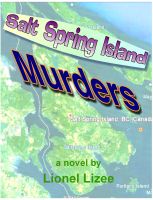 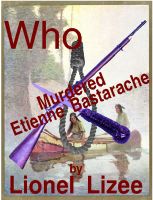 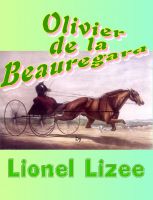 Review
Kathleen Schmitt reviewed on on June 23, 2013
(no rating)
Angelíque and the Burning of Montreal
Lionel Lizée

Angelique is a young African slave woman living in a household in Montreal in the early 1700s. When a great fire wipes out a large section of the city, she is accused of setting the fire. The story is narrated through the activities of a Corporal in the Compagnie Franche de la Marine, Pougé Monbéton, who loves a good case and pursues the truth compulsively. In this case, he is ordered to stay away from the investigation, but he cannot help himself from following it, increasingly horrified as he is by the scandal and collusion of the hierarchy of government officials that lurk beneath what is proclaimed as true. As we follow Monbéton's investigation, we discover a great deal about French law in Quebec but also how local officials are perverting those laws in ways that benefit them, to the detriment of the accused. We also experience the extreme Forbidden to interfere, our protagonist speaks out only at the execution of the condemned woman. This novel is a study of a society and its relationship to human nature. Our protagonist longs to save the young woman, but he, like every other person in the story, fears being sent back to France or some other form of punishment.

Lizée writes well. The story line is clear and compelling, and the plot unfolds with suspense and all the appropriate pacing. A good copywriter would have helped to remove typos, although they may be the result of the conversion to epub. Lizée has also written three other books about French Canadians: La $a$katchewan, Olivier de Beauregard, and Who Killed Etienne Bastarache?


I strongly urge those interested in the history of Canada and of Quebec in particular to read this book.

You have subscribed to alerts for Lionel Lizee.

You have been added to Lionel Lizee's favorite list.

You can also sign-up to receive email notifications whenever Lionel Lizee releases a new book.