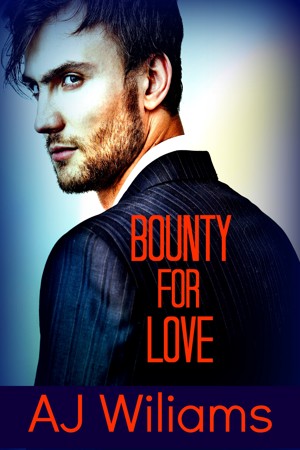 Alek Kairis is a man on a mission. When secrets come out it doesn't just change his life, but change his ability to protect those around him.
Tess Michaels only wanted her brother’s safety; she did not realize that she too would be placed in danger. Yet, the danger that is following her is not the only threat she faces
Can Tess and Alek work together, or will danger and secrets tear them apart?
Available ebook formats: epub mobi pdf rtf lrf pdb txt html
First 15% Sample: epub mobi (Kindle) lrf more Online Reader
pdb
Price: $1.99 USD
Buy Add to Library Give as a Gift
How gifting works
Create Widget
Tags: romance action erotic romance spicy
About AJ Wiliams

AJ Wiliams lives in Kansas City Missouri with her husband and two children, and their faithful dog. She grew up in Arizona and at the age of eight, her mother brought her to Missouri to be close to family. As an only child, AJ had to learn how to entertain herself. Writing was an escape from an isolated life she led as the only child to her parents. Living in a small town also proved to create lots of stories. Like most small towns, everyone knew everyone.
As she grew older, her grandparents played a large role in her writing life. By the age of thirteen, she had written several poems about her family and about growing up. Reading and music also became an outlet for her.
AJ loves listening to everything from the classics of Mozart to System of a Down to even Indie music such as Lana Del Rey and Florence and the Machine. That love of music has continued on, influencing her and the stories she likes to write.

Also in Series: Bounty for Hire

Reviews of Bounty for Love by AJ Wiliams

You have subscribed to alerts for AJ Wiliams.

You have been added to AJ Wiliams's favorite list.

You can also sign-up to receive email notifications whenever AJ Wiliams releases a new book.