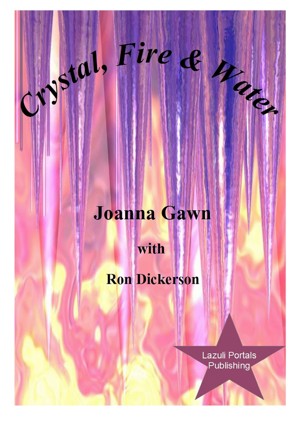 By Joanna Gawn
Rated 4.00/5 based on 1 reviews
Joanna Gawn and Ron Dickerson, authors of The Lazuli Portals series, have brought together some of their shorter works in this small ebook.

With stories (and a few poems) ranging from 100 - 1500 words, this collection is ideal for reading when you don’t have much time to spare.

Includes: Yin and Yang; The Crystal Cave; The Day Edward Met Helene; The Haunting of Melton Grange; A Cordello Memory. More
Joanna Gawn and Ron Dickerson, authors of The Lazuli Portals series, have brought together some of their shorter works in this small ebook. If you’ve not read their other books, or their blog or newsletter, then this little anthology offers you the chance to get acquainted!

With stories (and a few poems) ranging from 100 to 1500 words, this collection is ideal for reading during a coffee break, or when you don’t have much time to spare.

This book also contains four longer stories of around 1000-1500 words:

The Restoration of Conover House

Delights of the Dart

After being made redundant from her office job (which did at least let her indulge her passion for numbers), Joanna became an energy-healing practitioner, which is what led to her love of crystal energies, Reiki, and mindfulness. She also enjoys spending time in natural landscapes such as Dartmoor and Brittany, and visiting National Trust gardens. She and her husband are owned by two cats. Joanna is a chocoholic, and is also partial to cake and Breton cidre.

Ron is a Cornishman with a background in rugby, business and Round Table/Rotary; perhaps not the expected connections for writing spiritual adventure novels! He has a deep love of books and superb writing. Ron is an intuitive natural healer (and also a natural comedian!) He and his wife are also partial to being owned by cats.

Writing their first novel, The Cordello Quest, was a life-changing experience, and led to the second book of the Lazuli Portals Trilogy, Mosaic of Light. The third novel is currently being edited and readied for publication. As Joanna is a "spoonie" (health issues result in massive fatigue, brain fog, and other symptoms which make writing and daily life difficult) then things can take a little (or a lot!) longer than expected or planned.

Joanna and Ron also write short stories (their ebooks The House of the Stormwind, Crystal, Fire and Water, and Dark Perfume are also available from some e-retailers), as well as flash fiction and poetry. Joanna and Ron are current members of a Writers' Circle in Devon.

Some of these short stories are absolutely wonderful! This is a great little collection.

You have subscribed to alerts for Joanna Gawn.

You have been added to Joanna Gawn's favorite list.

You can also sign-up to receive email notifications whenever Joanna Gawn releases a new book.