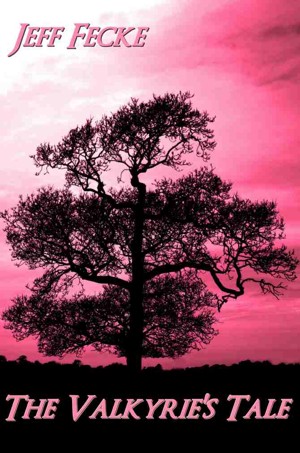 By Jeff Fecke
Rated 4.00/5 based on 1 review
A young Valkyrie apprentice has visions of a world of technology and science -- while in that world, her twin has visions of swordsmanship and sorcery. Both will have to overcome tragedy and their own doubts to learn how to balance the worlds, and save their homes.
Available ebook formats: epub mobi pdf rtf lrf pdb txt html
First 50% Sample: epub mobi (Kindle) lrf more Online Reader
pdb
You set the price! USD
Buy Add to Library Give as a Gift
How gifting works
Create Widget
Tags: valkyrie sword and sorcery speculative fiction warrior
About Jeff Fecke

Jeff Fecke is a freelance writer who lives in Lakeville, Minnesota. In addition to his own blog, Blog of the Moderate Left, he contributes to Alas, a Blog and The Alexandria Independent. He has also written for Minnesota Monitor, Shakesville and Alternet. Fecke has appeared as a guest on the “Today” show, the Alan Colmes radio show, and the Mark Heaney Show. Fecke is also the author of the fantasy novel The Valkyrie’s Tale.

Fecke is divorced, and the father of one really terrific daughter.

Reviews of The Valkyrie's Tale by Jeff Fecke

Review
PJ O'Brien reviewed on Jan. 1, 2014
(no rating)
As I noted in my goodreads review, this is a very nicely done book. I liked the weaving of the two realities and the mythic strands woven in (though I confess, I had to look up a couple of references).

I generally get impatient with books that are a little too action-oriented at the expense of character development, but Fecke does a nice job of balancing both.

Is there a sequel yet?

An interesting novel that is different but pretty good. I found this book The Valkyrie’s Tale by Jeff Fecke on smashwords. I love mythology and that is I admit, what made me attracted to this book.

Lorelei Voss is a valkyrie apprentice. She has visions of a world in which there is more sophisticated technology than her own. She also has a twin from another world, if you will, who is having visions of her own world.

The story unfolds in a unique adventure. Lorelei’s place of home gets destroyed and she and her friend are the sole survivors. Now undertaking a quest, they seek to bring balance to the two worlds, if one can. Along the way, they meet other people and faerie creatures. Some of them help the women on their quest and others are out to destroy them.

I like The Valkyrie’s Tale by Jeff Fecke and I rate it an 8 out 10. I’m wondering if Fecke has a sequel to this book since he did leave it on a cliff hanger. The eBook was released in 2008 according to the publication date and it is now 2012 so who knows. Either way, it is an interesting tale and I enjoyed it immensely.

You have subscribed to alerts for Jeff Fecke.

You have been added to Jeff Fecke's favorite list.

You can also sign-up to receive email notifications whenever Jeff Fecke releases a new book.