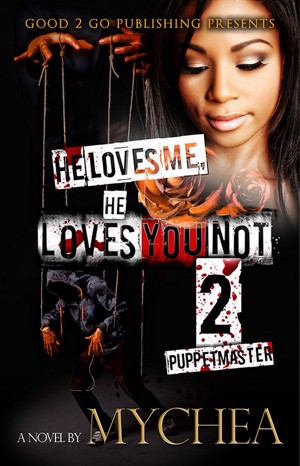 He Loves Me, He Loves You Not PT 2

A native of the Metropolitan of Washington, DC, Mychea (www.mychea.com) has had a dream to have her words shown in print since the age of eleven, when she began a series of illustrations and short stories. In April 2007, Mychea decided it was time to stop fantasizing and begin achieving, opting to turn her dream into a reality and so her debut novel Coveted began.

She is the author of urban fiction novels Coveted and Vengeance and in her spare time, Mychea loves to draw, model and act.

She is a current resident of New York City, where she is hard at work on her next novel.

For a chance to contact Mychea for guest appearances or speaking engagements, please email info@mychea.com.

Also in Series: He Loves Me, He Loves You Not

You have subscribed to alerts for Mychea.

You can also sign-up to receive email notifications whenever Mychea releases a new book.