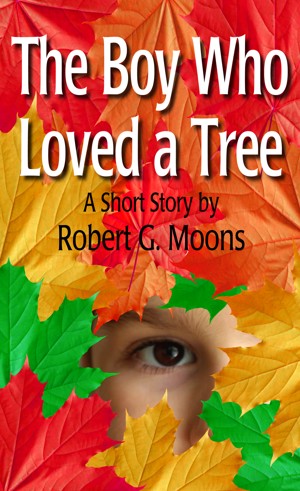 The Boy Who Loved a Tree

Robert Moons is from the "Twilight Zone" generation. He's the guy observing the human race from the outside looking in. His stories often have twists and surprises, but by the end of the story, all the pieces should come together like a jigsaw puzzle, and hopefully it will leave the reader with a satisfying conclusion. He tries to avoid the usual overworked plots, looking instead for new creative ideas that he thinks are worth exploring. Plots such as an alien father reading a bedtime story to his son (Once Upon a Lightyear), or a metaphysical hitman killing the soul of Hitler (Lex Talionis). He does not restrict himself to any one genre, although most of his work would be in the speculative fiction category.

The science fiction action/adventure novel "XIN: THE VEILED GENOCIDES" is finished. Originally known as "The Chronicles of Z'va'Xin", a 12 part Sci-Fi serial.

Nature is a wonderful thing. I will highly recommend this book.

Someone else wrote a story about maple trees?? Wonderful! Whereas my story is a silly made-up story about the history of syrup, this story is heart-warming, and a bit sad. But not to worry...maple trees make excellent comebacks! And who doesn't remember playing with those 'helicopter' seeds when they were a kid? Great story.

You have subscribed to alerts for Robert Moons.

You have been added to Robert Moons's favorite list.

You can also sign-up to receive email notifications whenever Robert Moons releases a new book.