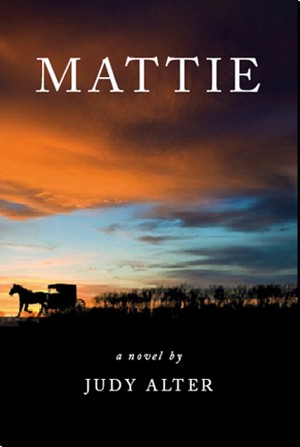 Against the background of sparsley settled western Nebraska at the turn of the 20th century, Mattie tells the story of a pioneer woman physician. Through the years of her practice, Mattie finds romance and disappointment, battles won and loved ones lost. She endures to find a richness she could only find on the plains. A realistic portrait of life on the plains and one unforgettable woman.
Available ebook formats: epub mobi pdf rtf lrf pdb txt html
First 20% Sample: epub mobi (Kindle) lrf more Online Reader
pdb
Price: $3.49 USD
Buy Add to Library Give as a Gift
How gifting works
Create Widget
Tags: missouri marriage and divorce frontier medicine nebraska omaha calamity jane
About Judy Alter

My books have won awards from the Texas Institute of Letters, Western Writers of America, and the National Cowboy Hall of Fame and Western Museum (it may have a more generic name today). In 2005 I received the Owen Wister Award for Lifetime Achievement from Western Writers of America, Inc. In 1989 I was named an Outstanding Woman of Fort Worth and also named one of 100 women who have left their mark on Texas, by Dallas Morning News. Recently retired after twenty-two years as director of TCU Press, I am a member of the Texas Institute of Letters, Sisters in Crime, and the Guppie chapter.
Most important things I’ve ever done: being a mother and grandmother. My home is in Fort Worth, Texas

Reviews of Mattie by Judy Alter

You have subscribed to alerts for Judy Alter.

You have been added to Judy Alter's favorite list.

You can also sign-up to receive email notifications whenever Judy Alter releases a new book.