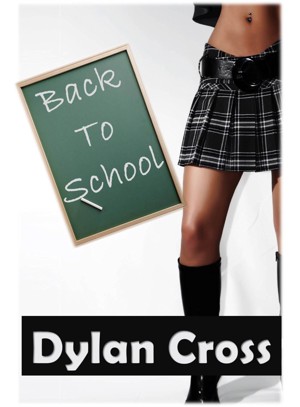 Rated 5.00/5 based on 2 reviews
Kristi is back in the halls of her high school. Waiting to pick up her niece, she takes a walk down memory lane.

Mr. Smith is the dean. He's fed up with the disrespectful attitude of today's youth, especially the "harlots" who frequent his school. He spies Kristi wandering the halls... obviously another lazy student cutting class. He decides to teach her a lesson she'll never forget... More
31-year old Kristi is back in the hallowed halls of her high school. She's early to pick up her niece, so she takes a walk down memory lane.

Mr. Smith is the dean of discipline. He's fed up with the disrespectful, sleazy attitude of today's youth, especially the teenaged "harlots" who frequent his school. He spies Kristi wandering the halls during school hours... obviously another lazy, disrespectful student cutting class. He takes it upon himself to teach her a lesson she won't soon forget...

I agree with Chasity; while this type of rough storyline isn’t usually what I go for, it was very well written and vividly portrayed. You feel like you’re in the room watching it all unfold. The characters were extremely well fleshed out, and even when that flesh gets brutally punished, I couldn’t stop reading. I had to know how this situation resolved itself. Well done!

Although I'm more on the romance side of erotica...I do read the other side of it, as well...even if it scares the hell out of me! Haha! All joking aside, Back to School is very well written and so descriptive you can actually see the story as if watching a movie.
Dylan did a great job giving the characters their unique personalities. Kristi, a 31 year old alumni of the highschool her niece attends, hasn't changed much since her days on the teen scene, both in appearance and attitude. When she takes on the task of picking her niece up from school, reminiscence distracts her to the point of A.D.D. and, after discovering a secret hiding place she had in her old locker, she doesn't notice, until it's much too late, that she isn't alone in the hallway. The dean catches her taking a swig of alcohol and inadvertently mistakes her for a student. Disciplinary action is needed and Mr. Smith is more than happy to apply it in this situation. Kristi, thinking it would be fun to let him continue assuming she was a student, is in for a big surprise.
Mr. Smith, the dean of discipline takes his job very seriously...too seriously. The discipline he likes to practice is old school style with rulers and paddles, and using it on Kristi proves to be non-threatening to himself, being that she has broken several rules, some of them misdemeanors.
Kristi finds herself in the most compromising position and there is no way out of it. She attempts to explain when things start going a little too far for her taste, but she's quickly gagged and bound with no way of warning him that he was messing with the wrong person.
I won't spoil the outcome for you, but I can tell you that it's a bit of a surprise. I expected it to end with...well...you'll just have to read it for yourself!
I gave it five stars. Not my normal read, but it is very well written and a hot read for this genre. If Dom/sub and rough sex is what your looking for...this is the book for you.