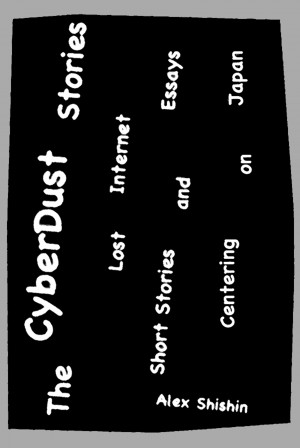 Japan-centered essays and short fiction, including “Bulldozer,” “Slapstick on the Precipice: The Rise of Koizumi Junichiro,” “Is There DU in Japan’s Future?” (co-authored), plus other important cyber-lost works. More
This is collection of Japan-oriented essays and fiction that once were published on the Internet between 1998 and 2004 and vanished with the demise of online journals and webpages. The essays are “In the Shadow of His Ancestors” [Review of Hirohito and the Making of Modern Japan. By Herbert P. Bix.], “Is There Depleted Uranium in Japan’s Future?” [with Jens Wilkinson], “Slapstick on the Precipice: The Ascent of Koizumi Junichiro” and “September 11, 2001: When the World Changed for the Worst...” The short stories are: “Burned,” “Bulldozer” and “Betrayals.” "Bulldozer" won a Million Writers award from "storySouth" as one of the top short stories of 2004. Save for minor corrections, all the essays appear as published. The short stories received minor revisions. All the essays were originally published in "New Observer" (Tokyo).
Download: epub mobi (Kindle) pdf more Online Reader
lrf pdb txt
Price: Free! USD
Add to Library
Create Widget
Tags: short stories essays
About Alex Shishin

Alex Shishin has published fiction, non-fiction and photography in Japan, North America, and Europe in print and online. Originally from the San Francisco Bay Area, Shishin is a permanent resident of Japan.

Shishin is the author “Nippon 2357:A Utopian Ecological Tale,” and five other ebooks published exclusively by Smashwords and available for free. He is co-author with Stephan F. Politzer of “Four Parallel Lives of Eight Notable Individuals,” also published by Smashwords.

Shishin’s book “Rossiya: Voices from the Brezhnev Era” (a Russian-American memoir of a train odyssey through the Soviet Union and Poland) was published by iUniverse. It is available as a print-on-demand book and an ebook.

Shishin has also published a collection of photographs entitled “Ordinary Strangeness” with Viovio in conjunction with his joint exhibition at the Twenty-first Century Museum of Art, Kanazawa, Japan. It is available from the publisher online.

You have subscribed to Smashwords Alerts new release notifications for Alex Shishin.

You have been added to Alex Shishin's favorite list.

You can also sign-up to receive email notifications whenever Alex Shishin releases a new book.