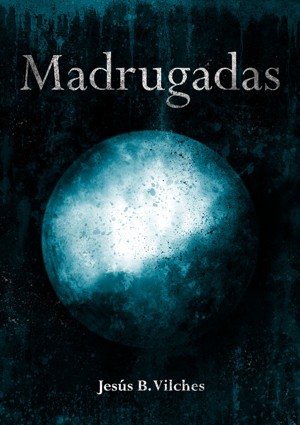 Jesus Barona Vilches (Córdoba, Christmas Eve, 1976) also Jesús Vilches, J.Vilches or just Vilches, as he is known. He also sign as Hatter too. In early literary vocation, he is the author of several books of poetry published in different media in a fragmented way. He begins Drama studies, flirts with theater and radio before being carried away by his vocation as an historian and teacher, he finally graduates in History.

Although he has won some awards and published some tales, his literary efforts have focused for over a decade in building the world of the Flower of Jade, an epic pentalogy with his first two volumes in the national market with great success of critique. The first, "The Envoy", was released in April 2009 and he won with it the Author Disclosure in Fantastic Literature in the 5th Comic Meeting Malaga "Imaginamálaga" 2009. A year later "The Circle Opens" appears as the second volume of the Saga. During this process he moves to Madrid, where he is now linving. There, he met Javier Charro, the illustrator who makes the covers of his first two books, and they become great friends. The idea of making the "Flor de Jade" universe bigger starts to be conceived and they embark on the reconversion project of the Saga, deciding to publish it online under e-book format.

It's also in this city where he joins the universally known illustrator Luis Royo team. Royo, friend of Vilches since they met in the circuits of National Exhibition (2009) and a knower of his work, offers Vilches the writing of a series of novels belonging to his macroproject "Malefic Time". The way how Vilches conceives literature and his narrative quality are the main causes why Vilches is chosen to join this multipolar, multidisciplinary and universal project leading by the illustrator. You can follow the evolution of this project in www.malefictime.com

Apart from that, Vilches, disenchanted with the prepotency and contractual abuse of the traditional publishing houses, announces -at the beginning of 2010- the ending of paperback publication to focus exclusively in the e-book online project. Since then, Javier Charro and Jesús B. Vilches has totally embarked on the reviewing, new and illustrated material.

Learn more about Jesús B. Vilches

You have subscribed to alerts for Jes&uacute;s B. Vilches.

You have been added to Jes&uacute;s B. Vilches's favorite list.

You can also sign-up to receive email notifications whenever Jes&uacute;s B. Vilches releases a new book.