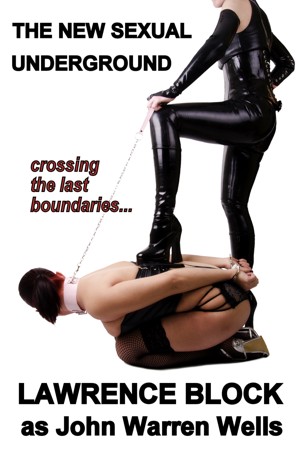 Through case histories and an account of his own personal experiences, the author chronicles the revolution in sexual behavior that transformed society in the latter years of the 20th century. More
The Sexual Revolution is Here!
From the introduction by Benjamin Morse, MD:
"As John Warren Wells points out, the past decade has witnessed the triumph of the sexual revolution. With the bedroom as the battlefield, and with scarcely a shot fired in anger, we have in uncountable ways revised our manners of thinking and acting about intercourse (premarital and plain marital), homosexuality (male and female), and those forms of behavior which in turn have been called perversion, deviations, and preferences...
"In an extreme example of reportorial honesty, Wells manages to convey more effectively than I have ever seen it done before the whole atmosphere of the sex orgy...I would go so far as to label this chapter as a milestone in the annals of sexologic literature. It is undeniably unique in my experience, an extraordinary subjective interpretation of an extraordinary sexual phenomenon, lucidly seen through the eyes of an articulate and incisive observer."

Lawrence Block has been writing award-winning mystery and suspense fiction for half a century. His most recent novels are A DROP OF THE HARD STUFF, featuring Matthew Scudder, and GETTING OFF, starring a very naughty young woman. Several of his books have been filmed, although not terribly well. He's well known for his books for writers, including the classic TELLING LIES FOR FUN & PROFIT, and THE LIAR'S BIBLE. In addition to prose works, he has written episodic television (TILT!) and the Wong Kar-wai film, MY BLUEBERRY NIGHTS. He is a modest and humble fellow, although you would never guess as much from this biographical note. 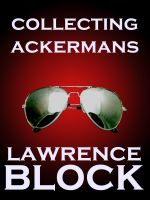 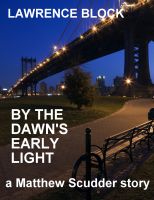 You have subscribed to alerts for Lawrence Block.

You have been added to Lawrence Block's favorite list.

You can also sign-up to receive email notifications whenever Lawrence Block releases a new book.