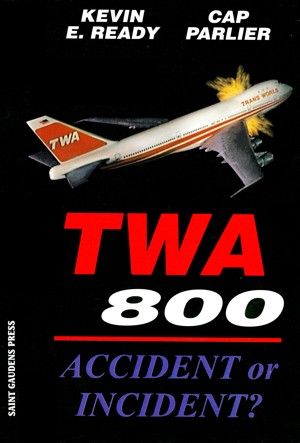 A subordinate of Usama bin Ladin quickly took credit for the crash of TWA 800, but in the days before 9/11 most were skeptical the the Al Qaida terror group could pull off such an attack. But, there were other parties who had the will and the means to carry out such an attack. This book's detailed analysis by two knowledgeable and respected authors gives a possible alternate possibility. Did Iranian operatives bring the plane down? Was this payback for a very similar shootdown of an Iranian airliner by the US Navy. How could that happen? What secrets are yet to be told?

This book, originally written in 1998, provides detailed review of the entire TWA 800 story and its results remain as vibrant and thought-provoking as when the original print edition was published.

Kevin E. Ready is an attorney, former military officer and author of several books, both fiction and non-fiction.

Kevin has a Juris Doctor degree from the University of Denver and his bachelors degree in Government and Politics is from University of Maryland. He also has an associates degree in social science from Excelsior University. He served as both an US Navy and US Army officer, with service in the Persian Gulf, Cold War Berlin, the Far East. He was a Surface Warfare Officer in the US Navy, Judge Advocate officer in the US Army and earlier served as a Russian and Arabic interpreter for military intelligence.

Kevin lives with his wife and children in the Central Coast region of California and is currently serving as the legal adviser to a a large law enforcment agency. 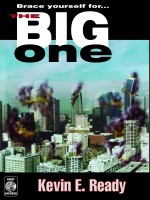 You have subscribed to alerts for Kevin E. Ready.

You have been added to Kevin E. Ready's favorite list.

You can also sign-up to receive email notifications whenever Kevin E. Ready releases a new book.