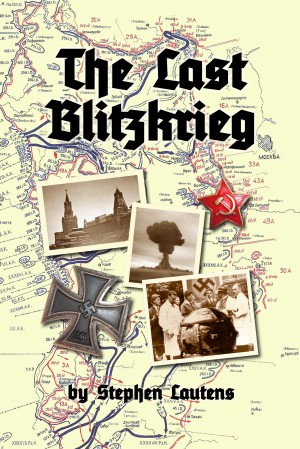 Stephen Lautens has been a national newspaper columnist appearing weekly in the Calgary Sun for over 16 years. His weekly column has also appeared in the Winnipeg Sun, National Post, London Free Press and Toronto Sun. His writing has also been published in the enormously popular "Chicken Soup For The Soul" series.

A collection of some of Stephen's most popular columns - "A Chip Off the Old Writer's Block" - is now an eBook. His novel - "The Last Blitzkrieg" - a fast-paced thriller set in the chaotic closing days of World War II, is also now available as an eBook.

Stephen was a Governor of the National Newspaper Awards for 7 years and is Past President of the Toronto Press Club. He has been the guest speaker at many events, including the Stephen Leacock Festival.

During the day Stephen is a mild-mannered lawyer and business consultant, although he still has trouble explaining to his mother exactly what it is he does for a living.

He has two other novels in progress, including a murder thriller set during the 1936 Berlin Olympics and an alternate version of the Garden of Eden story in The Book of Genesis from the perspective of one of its overlooked and under-appreciated characters.

Stephen lives in Toronto, Canada with his wife and very busy son.

Reviews of The Last Blitzkrieg by Stephen Lautens

This a great book that is hard to put down. I enjoy alternate history and I almost wanted the Germans to succeed in this very believable story. I recommend it highly. Frederick Rodgers author of Lily & Me & The Royal Navy & Me

You have subscribed to alerts for Stephen Lautens.

You have been added to Stephen Lautens's favorite list.

You can also sign-up to receive email notifications whenever Stephen Lautens releases a new book.