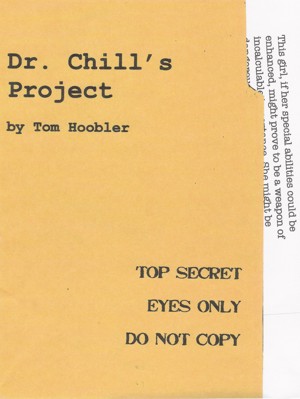 By Tom Hoobler
For much of her life, Allie has been confined to a mental hospital. One day, she is taken to the house of Dr. Chill, who wants her to develop the powers that have always made people fear her. There she finds others with special talents. When one of them disappears, Allie and the others must use their "specials" to fight a frightening and powerful enemy.
Download: epub mobi (Kindle) pdf more Online Reader
rtf lrf pdb txt
Price: Free! USD
Add to Library
Create Widget
Tags: thriller paranormal teen
About Tom Hoobler

Tom Hoobler has published more than 90 books, most of them co-authored with his wife Dorothy. A majority of them were aimed at children or young adults. They won an Edgar for the Best Mystery of 2005 for their book, "In Darkness, Death," a mystery set in 18th-century Japan. Their latest book for adults was "The Crimes of Paris: a True Story of Murder, Theft, and Detection." It is set in Paris between 1900 and 1914, and one of the crimes described in the book is the theft of the Mona Lisa.

You have subscribed to alerts for Tom Hoobler.

You have been added to Tom Hoobler's favorite list.

You can also sign-up to receive email notifications whenever Tom Hoobler releases a new book.