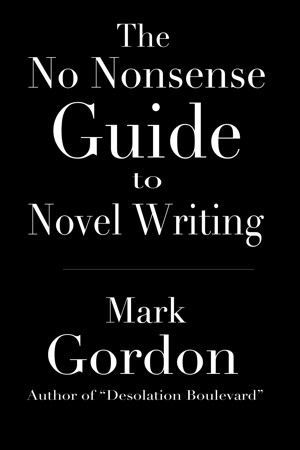 The No Nonsense Guide to Novel Writing

By Mark Gordon
Rated 4.00/5 based on 1 reviews
Learn the tricks that will make writing your novel a faster and more enjoyable experience. Author Mark Gordon shares the tips and secrets you won't find in other creative writing books. Mark's no nonsense advice will motivate you to get your novel finished with a minimum of fuss. Tips include "How Do I Start?", Brutal Facts That Will Make You a Better Writer", and "How To Think Like a Writer."

Mark Gordon lives and writes in Newcastle, Australia and became a fan of apocalyptic horror after watching the Omega Man on television as an eleven year old.
He has worked as a nightclub operator, disc jockey, band manager, photographer's assistant, construction worker, and high school teacher.
He is currently working on the third book of the Feeder Chronicles, "City of Tears", to be released later this year.

An excellent, no-nonsense approach to writing a novel. Damn you, now I have had to buy 'Desolation Boulevard' on the strength of this well written work :)

You have subscribed to alerts for Mark Gordon.

You have been added to Mark Gordon's favorite list.

You can also sign-up to receive email notifications whenever Mark Gordon releases a new book.