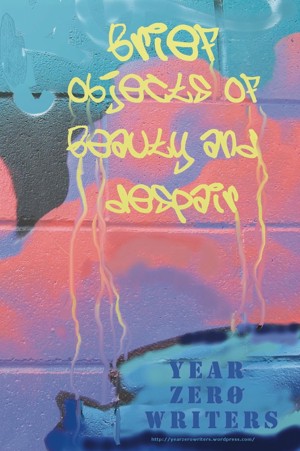 Brief Objects of Beauty and Despair

Reviews of Brief Objects of Beauty and Despair by Larry Harrison

Year Zero is a collective of independent writers, and the Brief Objects anthology is a perfect introduction to their work. Each writer had their own unique thematic focus and style, but they all share a tendency toward gritty, hard-edged urban realism. Theirs are stories about artists, junkies, seekers, and other imperfect souls who stay out too late, wake up with morning-after regrets, dig themselves in too deep - in short, people like the rest of us.

You couldn't find a more talented group of writiers in one place. Here's a collection that will thrill you every time you read it. For whatever you're looking for in literature, you'll find something to please you here.

These are some of the most original and talented voices you'll find anywhere, let alone for free on the Web