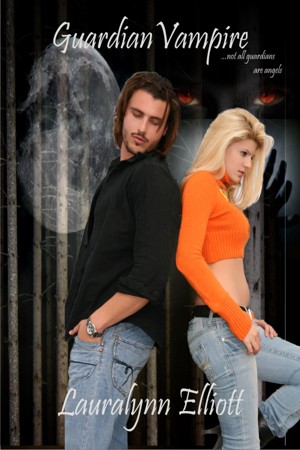 By Lauralynn Elliott
Rated 4.17/5 based on 6 reviews
After witnessing something so terrible in a nightclub that it causes her to lose her memory of it, Kendall St. John finds herself the target of ruthless killers. Her father hires Logan Steele to protect her, but everywhere they turn, the killers continue to find them. As Kendall and Logan struggle with their feelings for each other, Logan struggles to protect her from the killers…and himself.

Kendall St John witnesses a terrifying incident when she was on a usual night out at a club. Running scared, her mind has shut out what happened and she is now a target. Kendall's father hires a bodyguard to protect her and she is not happy at all when she meets her guardian.

Logan Steele is fighting is attraction to Kendall. This is becoming increasingly difficult as he sees her changing from poor little rich girl to a lovely young woman. But aside from the obvious reason why he can't be with her, he must find the people who are intent on killing her. If only she could remember what she witnessed!

Love, love, love this book!!! Once again, Lauralynn Elliott did not disappoint!! Guardian Vampire is a quick read that is full of action. Kendall is a young woman who vies for her father's love and attention in a very dangerous way. She potentially puts herself in danger every night just to prove self worth. Logan . . .oh wow, Logan I love!!! He tries so hard to fight is feelings for Kendall and even when she is acting bratty or pouting, he shows an amazing amount of compassion towards her. Even when he tells her to cut it out!! In turn, Kendall matures so much because of Logan. She doesn't want him to view her as a spoiled brat, but more importantly, she doesn't want to be like that anymore.

Guardian Vampire by Lauralynn Elliott
Kendall St. John loves playing her little games at the club. Proving to herself she’s irresistible to any man there, but stopping the game short of taking anyone home with her. Until one night, one man, her first rejection. Wandering off in a pout she witnesses something so horrible, her mind blocks it. And now someone wants to kill her.

Logan Steele is trying to protect his way of life and find out who is behind the disappearances of people from the club. The beautiful and spoiled rotten Kendall has the answer. He’s hired as her bodyguard, but finds himself having to protect her from the enemy and himself.

Loved this story. It was one of those books that I couldn’t put down until the end. This is a novella.
http://justjudysjumbles.blogspot.com/2013/12/lauralynn-elliott-book-list.html

Good action for a novella.

I liked alot of aspects of this book. It's what I refer to as an easy read. Meaning that the plot moves along fast enough to keep you turning the page.

However, I also want the main characters to actually have sex. I like the cat-&-mouse game, but I also like the reward. So in that respect, I feel it was more for a younger reader as I am 45.

All in all a good read with a plot twist that was unexpected. But, I was leaning that way before the end of the book.

The premise of this book is a good one.
The plot is solid and there is a twist at the end that makes it interesting.
The characters were likeable, the two protagonists at least (Kendall and Logan) and you really enjoyed reading about them.
Overall, I would have to say that it was a fun read with lots of action and romance on the side.

However, I have to admit that I was expecting a bit more in terms of description and execution in general.
It is not that it was poorly written, because there were only a few grammatical or spelling mistakes, but the way the descriptions unfolded was a bit over-simplistic and well it lacked the depth that would make me connect to the characters feelings and pains throughout the story.
Some things were just happening too fast and the characters were just brushing them off like it was nothing, while they were life-changing.
For example, I would definitely be in shock if anything like what happened with Kendall and her father had happened to me, but Kendall just brushed it off the very next day.
I get that it is a short story but if we had a little more elaborating on the situations and the thoughts/emotions, it would have made it all the more exciting and interesting for me.
But that is just me and like I said, all in all it was a good story.

Guardian Vampire is a treat for paranormal romance lovers.
A handsome bodyguard with a dark secret, escalating danger, and rich visceral detail will keep you reading until the unexpected end and hungry for more...