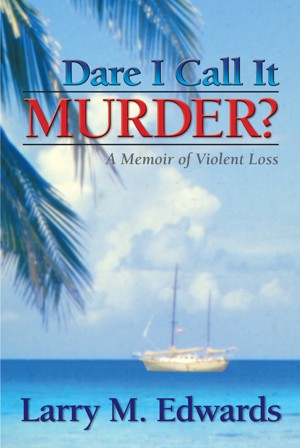 Dare I Call It Murder?

By Larry Edwards
Larry Edwards unmasks the emotional trauma of violent loss as he ferrets out new facts to get at the truth of how and why his parents were killed.

“. . . chilling . . . palpable . . . powerful . . .” —Kirkus Reviews
Pulitzer Prize nominee - 2014
Benjamin Franklin Award nominee - 2014 More
Larry Edwards unmasks the emotional trauma of violent loss as he ferrets out new facts to get at the truth of how and why his parents were killed.

In 1977, Loren and Joanne Edwards left Puget Sound aboard their 53-foot sailboat Spellbound, destined for French Polynesia. Six months later they lay dead aboard their boat in the middle of the Pacific Ocean. Larry’s younger brother became the prime suspect in the FBI’s murder investigation. But federal prosecutors never indicted him, leaving the case unresolved and splitting the Edwards family into feuding factions.

Three decades later, a dispute over how to respond to a true-crime book by Ann Rule—which contained an inaccurate account of the case—ripped the tattered family even farther apart.

In “Dare I Call It Murder?,” Larry Edwards sets the record straight, revealing previously undisclosed facts from the investigation as he lays out the case never presented in court.

Larry’s memoir, however, goes beyond simply telling the untold story of his parents’ deaths and refuting the errors in previously published material. His broader goal is to see the book generate greater awareness of and conversations about violent loss, its impact on the survivors and their families, and the troubling effects of post-traumatic stress (PTSD).

" 'Dare I Call It Murder?' is a top-notch true-crime book. But as a memoir, it’s a gut-wrenching look into Larry Edwards’ hell on earth after his parents’ deaths at sea. . . . You won’t be able to put down this tautly written and emotional look at the fatal splintering of a family and the search for truth by a survivor."
-- Cathy Lubenski, author of “Trashy Chic” and “Snarky Park”

"This is a powerfully written and personalized odyssey of the violent deaths of both of his parents and the disintegration of the family in the aftermath of traumatic grief. Suspected homicide is always tragic for a family, but this book is a lucid testament to the destructive power on the survival of the family when one family member is suspected of murdering another family member. We are swept up by the author's frustrated quest for justice and psychological coherence."
-- Dr. Edward K. Rynearson, Medical Director, Separation and Loss Services, Program, Virginia Mason Medical Center (Seattle); author of “Retelling Violent Death”

Larry M. Edwards is an award-winning investigative journalist and author. His most recent book is "What the Private Saw: The Civil War Letters and Diaries of Oney Foster Sweet," the previously unpublished correspondence and writings of a Civil War veteran who fought in all but one of the major battles in Virginia, Maryland and Pennsylvania -- and lived to tell about it.

His previous book, "Dare I Call It Murder? — A Memoir of Violent Loss," won first place in the 2014 San Diego Book Awards, Best Published Memoir. As a journalist, he has won four Best of Show awards from the San Diego Press Club in addition to many other awards during his 25 years in journalism.

His others books include: "Official Netscape Internet Business Starter Kit: The Eight Essential Steps for Launching Your Business on the Net" and "Food & Provisions of the Mountain Man: the diet of 19th century fur trappers, journal excerpts and recipes for fry bread, pemmican, sausage and other tasty treats."

As a journalist, he has won four Best of Show awards from the San Diego Press Club in addition to many other awards during his 25 years in journalism.

He has served as business editor at San Diego Magazine as well as editor of The Log Newspapers, Maritime Quarterly and The T Sector. He contributed regularly to Sailing World and Grand Prix Sailor, and worked as a stringer for the Associated Press while covering the America's Cup and other sailing competitions. Edwards currently works as a freelance writer, book editor, and publishing consultant in San Diego, Calif., where he lives with his birding-enthusiast wife, Janis Cadwallader.

Born in Seattle, he grew up in Kirkland, graduating from Lake Washington High School and the University of Washington. After graduation, he taught school in Tacoma, Wash. 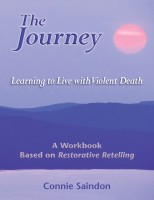 Reviews of Dare I Call It Murder? by Larry Edwards

You have subscribed to alerts for Larry Edwards.

You have been added to Larry Edwards's favorite list.

You can also sign-up to receive email notifications whenever Larry Edwards releases a new book.