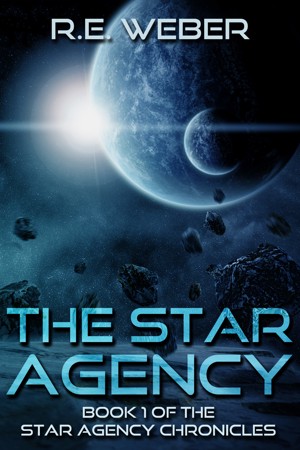 By R.E Weber
Rated 5.00/5 based on 4 reviews
So many of us dream of another life – a life of excitement and danger. What if you were given a chance to live that life? Would you have the courage to chase that dream, even if you had to leave your friends, family and everything you knew behind? Would you take that chance? Theopolis James Logan is about to get that chance. The Universe is about to come knocking on his door. More
Winner of the IBD "Indie Book of the Day" award for May 19th 2014.

Thirteen-year-old Theopolis James Logan doesn't much care for his first name, but then that's the least of his problems. Still in mourning following the death of his beloved grandfather, isolated from many of his friends and bored out of his mind at school, Theo has sunk to a new low that neither his interfering auntie Annie nor his best friend and neighbour Jules can shake him out of.

Then one morning, Theo unexpectedly receives a mysterious parcel containing a newspaper and a cryptic letter and sets out with Jules to unravel its mystery. Following a trail of clues, Theo is led on a startling voyage of discovery into deep space where he discovers that the Universe that is stranger, more exciting and more dangerous than he could possibly imagine. Will he have the courage to leave behind everything he has ever known in pursuit of an exciting new life or will his darkest fears triumph, forever putting his dreams out of reach?

Meanwhile, the mysterious Star Agency watches patiently from the shadows, preparing to make its move...

R.E.Weber began his fiction writing career in January 2013 by publishing THE STAR AGENCY - an Interstellar Secret Agent adventure, aimed at readers aged 9 and upwards. The second book in the series THE VOYAGES OF THE SEVEN has now been released and will be followed by further books in the coming years.

When not reading or writing, he is often to be found indulging in his other passions, which include running, astronomy and cinema going.

A Yorkshireman, born and bred, he now lives in Bedfordshire, UK with his wife & cat.

About the Series: The Star Agency Chronicles

The Star Agency Chronicles is an science fiction adventure series suitable for readers 11 years and above. If you think you know science fiction, think again...

Loved this story...but then I'm a sucker for what I regard as old-style science fiction told in an entertaining and interesting way.

Neat build-up on Earth, where our young hero is faced with a mystery which is solved with the help of a girl, who I'm sure we're all rooting to become his girlfriend. I won't say what happens...SPOILERS.

Then, off we go through space to a high-tech planet where a "can't refuse" proposition is put to him.

As he settles into his new home light years from Earth we look on in awe at the new technology opening up to him...and the alien creatures he encounters. There were shades of the comic-dramatic reminiscent of the Star Wars bar scenes, When Theo pushes his luck with an ugly alien. And the twist about that -- well I never saw it coming.

R.E. Weber's writing flows along nicely, from the nice, gentle beginning and middle, to the more action-packed final third.

Good descriptions throughout...I really felt as if I were there with Theo, experiencing his exciting new life.

Brilliant Storytelling, or, The Birth of The Magnificent Seven

I have had this book on my "books to read" list since December, always choosing another book to read, any book, as long as it was not sci-fi. Finally, there was no getting around it, and author R.E. Weber's, "The Star Agency" got his day in court. Let me say right now I was pleasantly surprised. The story telling genuinely merits the descriptive term, "brilliant". It held me engaged throughout the entire book.

The plot is well-developed, with a thoroughly likable protagonist, a 13-year-old boy named Theopolis. Of course, he hates that name, and prefers to be called "Theo". His best friend is a 12-year-old girl named Julie, whom Theo prefers to call "Jules". Theo's grandfather has recently died (Theo had been taking care of him). His aunt has come to live with him, as Theo refuses to leave Brightside Farm, which he now owns since his grandfather's death.

In sum, we have a young boy trying to deal with his emotions after the loss of the grandfather who he cherished. He does not get along well with his aunt. We can see they do not share any emotional bonds, any affection, nothing that would make their relationship special to either of them. Theo connects emotionally with Jules, who understands his feelings about losing his grandfather. Into this scenario comes the precipitating event, the arrival of a mysterious letter and a package containing an old newspaper...It will lead to an adventure 500 light years away, a new life in a new and fantastic world...Highly recommended for young readers, teens, and adults who enjoy sci-fi.

Reviewed by Thomas Jerome Baker
Author of "Story Tellers: In Pursuit of Happiness"

One day he gets a puzzling message on his computer and decides with his best friend to figure it out. Later he finds himself on another planet, the aliens want him as part of their Star Agency.

A fun story, Theo is very likable. I liked the writing style, and the story line. I think this would be perfect for middle school readers (as well as young adult and adults too).

You have subscribed to alerts for R.E Weber.

You have been added to R.E Weber's favorite list.

You can also sign-up to receive email notifications whenever R.E Weber releases a new book.