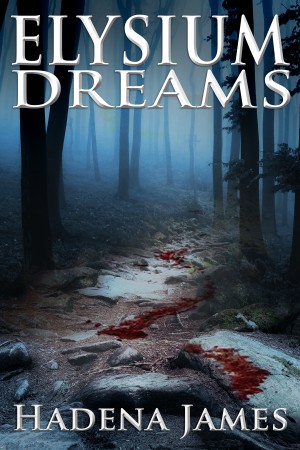 By Hadena James
Rated 4.33/5 based on 3 reviews
In the cold, dark nights of Alaska, a hunter is stalking his prey. Once found, he takes them into the woods and skins them alive, prolonging the experience as much as he can, but the satisfaction always wanes. Aislinn Cain and the Serial Crimes Unit head for the north to find this brutal and cruel killer. More
He skins his victims alive, taking pleasure from their pain.

In the cold, dark nights of Alaska, a hunter is stalking his prey. Once found, he takes them into the woods and skins them alive, prolonging the experience as much as he can, but the satisfaction always wanes.

Aislinn Cain and the Serial Crimes Tracking Unit have just finished up another case when they get the call. Now they are packing their bags and heading for Alaska in March. The team must overcome the hostile locals and harsh climate to catch a killer before he steals the life another woman.
Download: epub mobi (Kindle) pdf more Online Reader
lrf pdb txt
Price: Free! USD
Add to Library
Create Widget
Tags: horror crime serial killer dreams psychological alaska sociopath psychopath female lead us marshals hadena james aislinn cain
About Hadena James

Hadena James began writing at the age of eight. As a teenager, she had several short stories published in literary magazines. She completed writing her first novel at the age of 17.
Hadena graduated from the University of Missouri with a degree in European History with minors in German and Russian studies. She has always wanted to be a writer so she also took several classes in creative writing.
Hadena’s primary literary genre is action/thriller. She currently writes two series, both use action/thriller. “The Brenna Strachan Series” uses fantasy and the “Dreams & Reality Series” uses murder mystery as its secondary genre. She continues to explore and expand her writing and hopes to soon produce a comedic action/thriller.
When she isn’t busy writing or running her business, Hadena enjoys playing in a steel-tip dart league. She also loves to travel throughout North America and Europe. Her favorite cities are Chicago, Illinois and Berlin, Germany. She is an avid reader, reading everything from the classics like Jane Austen to modern writers like Terry Pratchett. One of her all-time favorite books is “Good Omens” by Neil Gaimen and Terry Pratchett. She writes all of her books while listening to music and the bands tend to get “honorable mentions” within the pages.
http://www.facebook.com/hadenajames
hadenajames.wordpress.com

Aislinn Cain is not your typical protagonist. For one, she has a personality disorder usually associated with serial killers; she's a sociopath. Maybe that's what makes her so good at catching them. Aislinn is now several months into her job as a member of the Serial Crimes Tracking Unit with the US Marshals. This time, the team travels to Anchorage, Alaska, to hunt down "The Flesh Hunter", a serial killer who skins his victims alive and leaves behind a signature of a bow and arrow made out of the victim's skin. Aislinn is a magnet for serial killers and this one already has his eye on her. Will she get out of this one alive?

Although this is a complete story, I suggest you read the first book in order to get to know the characters, as they are not introduced well in this book. There is mention of Aislinn's stalker and her propensity to attract serial killers, but what we learn in the first book is not re-hashed here. While the editing of this book is better than that of the first book, there are some character inconsistencies with first book: we are now told that Lucas has a photographic memory, but this was not mentioned before; he also has a major phobia of rats in the first book but barely bats an eyelid when he encounters one this time; Aislinn's debilitating migraines are a major part of this book but aren't even mentioned in the previous book.

The story is told mainly from Aislinn's point-of-view, interspersed with chapters from the killer's point-of-view (these chapters have names as opposed to numbers). While the identity of the killer is revealed in the second of these chapters, the author manages to maintain the suspense, as we still need to figure out how the SCTU will unmask him. We also get an interesting insight into the killer's motivations.

I received this book in return for an honest review.

My favourite lines in this book are spoken by Aislinn (nicknamed Ace): “I’m a monster but a good monster. I can live with that.”

Aislinn Cain (think of a female version of that Dexter character) is a sociopath from childhood (with a genius level IQ). At the age of 8 she was kidnapped, then killed her abductor and escaped. Since then several serial killers gravitated towards her and attacked her under the mistaken belief that she is prey when in fact she’s the predator.

Book 2 picks up about 6 months after Ace joined the SCTU (Serial Crimes Tracking Unit).
It’s as gruesome as book 1 (Tortured Dreams): not for the faint hearted or those with sensitive stomachs!. A serial killer in Alaska has murdered and skinned dozens of women. The SCTU team is called in to investigate. This time the reader is told almost from the beginning who the killer is, so it’s interesting to read about the team’s interactions with him (as they don’t know that he’s the man they’re hunting). Ace proves just how tough she is during his first attempt to abduct her, when she inflicts far more damage to him than vice versa. Poetic justice. He’s intelligent, ruthless, extremely dangerous and he may just prove to be Ace’s nemesis.

A good (albeit disturbing) read that was difficult to put down.

The book was well written, aside from a few editing errors and I thought that the author repeated the words “serial killer” too often. If you haven’t read book 1, the author has summarised part thereof during Ace’s explanations to others.

You have subscribed to alerts for Hadena James.

You have been added to Hadena James's favorite list.

You can also sign-up to receive email notifications whenever Hadena James releases a new book.