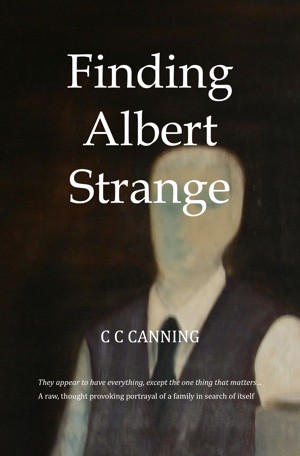 
For Roger Saville a public holiday is the last thing he needs. Under pressure from shareholders and the banks he has a potential investor in his sights, only his briefcase has gone missing together with its life-saving contents and the company lawyer, Lawrence Beck, seems intent on sinking their billion dollar property empire with talk of insider trading.

For Joanne Saville the perfect life created for her and her children, Willie and Samantha, is no protection against the sense of foreboding she feels. What is stopping her from reconciling with her estranged father, Albert, and how long does she have left to do so?

Willie’s day does not begin well. He has a vague memory of Luke putting the two white pills on Nicole’s swollen tongue, but nothing of what happened subsequently.

As a novelist and screenwriter C C Canning (Chris) draws on an early career that spanned advertising and journalism, corporate finance and the making of award winning wines, in a life spread across Europe, North America, Australia and New Zealand, providing him with a rich lode of experiences and locations to mine for his characters and their stories. He has been a full time novelist and screenwriter since 2013 and his current projects are aimed at an international market across the mediums of film, music and both print and digital publishing.

In 2016 Chris was a finalist in the 2016 Hollywood Screenplay Contest for the Musical Drama, “A Song for Leonard”, and a Finalist also in the 2016 Industry Insider Screenwriting Competition for the Action Thriller, “Hurricane Hacker”. His screenplay “Bedeviled” was selected in the Cannes 2017 Contest placing second in the Drama section. His novel, ‘Finding Albert Strange” is available on Amazon and Barnes & Noble and was a featured review in the November 2016 edition of KIRKUS REVIEWS. The screenplay adaptation under the title “A Day to Remember” is a Finalist in the 2017 Adapted Screenplay Contest and the 2017 Byron Bay Film Festival.

You have subscribed to alerts for C C Canning.

You have been added to C C Canning's favorite list.

You can also sign-up to receive email notifications whenever C C Canning releases a new book.