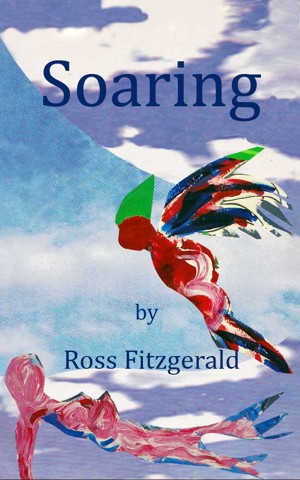 Ross Fitzgerald (born 1944) is an Australian academic, historian, novelist, secularist, and political commentator. Author of 36 books, in 2009 Professor Fitzgerald co-authored "Made in Queensland: A New History", published by University of Queensland Press and also "Under the Influence, a history of alcohol in Australia", published by ABC Books. In 2010 Professor Fitzgerald published "My Name is Ross:An Alcoholic's Journey" and "Alan ('The Red Fox') Reid", both published by New South Books. In 2011, he co-authored "Austen Tayshus:Merchant of Menace", published by Hale & Ironmonger, Sydney, and "Fools' Paradise: Life in an Altered State", published by Press On/Arcadia in Melbourne. Emeritus Professor of History and Politics at Brisbane's Griffith University, he was also the Queensland Chair of the Centenary of Federation. His books include five works of fiction: "Pushed from the Wings: An Entertainment"; "All About Anthrax"; "Busy in the Fog: Further Adventures of Grafton Everest"; "Fools' Paradise: Life in an Altered State" ; and "Soaring". Fitzgerald currently writes a regular column for The Weekend Australian and reviews for the Sydney Morning Herald, The Weekend Australian and The Canberra Times. He appears on ABC Radio, ABC Television, and Channel 7 in Australia.

You have subscribed to alerts for Ross Fitzgerald.

You have been added to Ross Fitzgerald's favorite list.

You can also sign-up to receive email notifications whenever Ross Fitzgerald releases a new book.