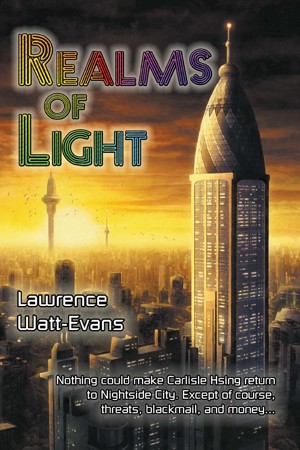 By Lawrence Watt-Evans
Rated 5.00/5 based on 1 review
If You Can Trust No One -- Then Trust a Nobody. A new Carlisle Hsing adventure. Carlisle counted herself lucky to escape Nightside City before dawn came and destroyed everything there. Unfortunately, just by escaping to the planet of Prometheus, she has attracted the attention of a certain business magnate. Someone is trying to kill him -- and he needs someone expendable to investigate...
Available ebook formats: epub mobi pdf rtf lrf pdb txt html
First 20% Sample: epub mobi (Kindle) lrf more Online Reader
pdb
Price: $7.99 USD
Buy Add to Library Give as a Gift
How gifting works
Create Widget
Tags: mystery science fiction carlisle hsing nighside city
About Lawrence Watt-Evans 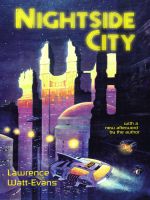 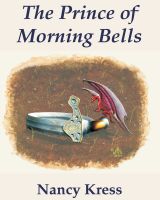 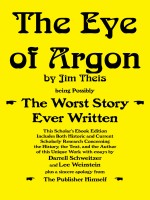 Reviews of Realms of Light by Lawrence Watt-Evans

Clever, elaborate, and touching as well.

This second episode of detective Carlisle Hsing's adventures in the Eta Cassiopeia system is even more entertainingly gripping than the first. In part, that's because the nature of Nightside City itself made it possible to predict one or two of the motifs that Watt-Evans would eventually use as his detective pursued her case. In greater measure, it's because the second case has a less abstract, more human profile than the first.

Carlisle Hsing is that rarest of heroines: fully competent, perfectly focused, and so driven that nothing can intrude upon her agenda without her conscious acceptance. It renders her un-feminine and sexless, but that's a small price to pay for the admirably ruthless way she prosecutes her commission: the investigation into the attempt on the life of Yoshio Nakada, two-century-old CEO of one of the wealthiest corporate enterprises in existence.

Nakada himself is a fascinating figure, as complex as one would expect a man of his age and attainments, yet unexpectedly sentimental even when his sentiment endangers his life. His commercial empire, though vast, is no larger than is he, which makes for a perfect match of threat to target.

Realms of Light abounds with special touches: Seventh Heaven, the ITEOD files in their carefully guarded repository, the hostile casino operation, the uploaded personalities stored in those files, and the Byzantine complexity of Nakada family interrelations. A fictional tapestry with so many individual jewels sewn onto it could easily have become muddy and unconvincing. Here, it works perfectly.

Once again: Sir, why not write more SF? I know you consider yourself primarily a fantasist, but Nightside City and Realms of Light demonstrate that you have an equal gift for science fiction. Use it more frequently!