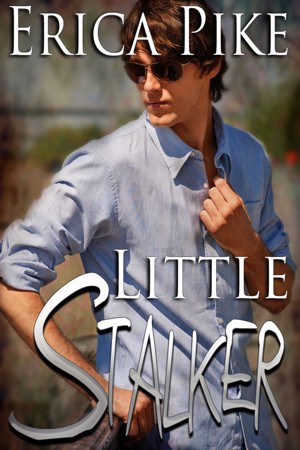 College student Coby is being stalked by a young guy and has no idea why, until someone suggests that the stalker may have a crush on him. The idea both excites and terrifies Coby who is so deep in the closet he can barely manage to think the word “gay” without freaking out.

Erica lives in Iceland with her adorable little twin boys. She often says that her real name sounds like Klingon to foreigners. If “Eyjafjallajokull” looks like a string of random letters it’s nothing in comparison to Erica’s real name.

She’s been writing for several years, or ever since reading became an obsession. Aside from a business degree, Erica has taken English courses at the University of Iceland and gulped down anything that might help her in her career as an author. She takes great interest in English, but will break every single grammar rule for the sake of The Voice.

Erica loves hearing from her readers. She’s a friendly, easy-going (if a bit silly) person who doesn't mind talking about herself in third person.

You have subscribed to alerts for Erica Pike.

You have been added to Erica Pike's favorite list.

You can also sign-up to receive email notifications whenever Erica Pike releases a new book.