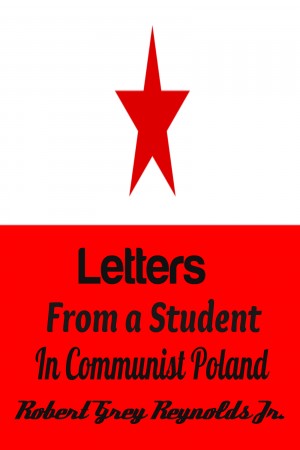 Letters From A Student In Communist Poland

By Robert Grey Reynolds, Jr
The mid-1980s was shortly before freedom arrived in the USSR and its European satellites. In 1984/85 I corresponded with a Polish student from Nysa, who studied in Katowice. My friend, Miroslawa, struggled with a lack of freedoms. She could not travel to the U.K., as she desired. Before Polish independence, "Mirka" filled her life with music and various items that she bought on the black market. More
Miroslawa was a citizen and student of Poland during the rule of a military dictatorship. 1984 was the year after my graduation from college at UNC-Chapel Hill. An avid shortwave radio listener, I wrote to a Bulgarian periodical that transmitted a message during Radio Sofia's English language broadcast. The Bulgarian state radio summoned listeners to mail their addresses so that penpals might be found for readers of Bulgaria Heute (Bulgaria Today). I was among those who responded to the transmission. Miroslawa (Mirka) was my only Polish penpal/friend among the hundreds of people who sent letters and cards that I received from eastern Europe, the Soviet Union, Cuba, Angola, and the Middle East. She was a vibrant youth whose passions were new wave and rock music, horses, and maps. We shared letters, records, cards, calendars, and an exchange of cultures and ideas. My ebook includes a number of her letters. They were written in an era before the staleness of e-mail became a part of everyday life. For the most part, the joy and anxiousness of waiting on an anticipated letter from a friend, via postal mail, is a thing of the past. This is a sad feature of progress and the advancement of the digital age.