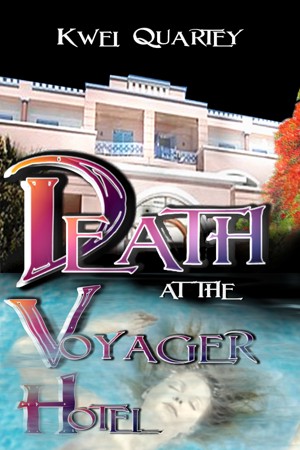 Death at the Voyager Hotel

Kwei Quartey is a crime fiction writer and physician living in Pasadena, California. Having practiced medicine for more than 20 years while simultaneously working as a writer, he has attained noteworthy achievements in both fields. Dr. Quartey balances the two professions by dedicating the early morning hours to writing before beginning a day in his clinic.

As a crime fiction writer, Kwei Quartey made the Los Angeles Times Bestseller List in 2009. The following year, the G.O.G. National Book Club awarded him the title of Best Male Author. Having published Wife of the Gods and Children of the Street, he is anticipating the release of a third novel in the series, Murder at Cape Three Points, in March 2014. Dr. Quartey is also a member of the Los Angeles chapter of Sisters in Crime, a fiction writers’ organization.

You have subscribed to alerts for Kwei Quartey.

You have been added to Kwei Quartey's favorite list.

You can also sign-up to receive email notifications whenever Kwei Quartey releases a new book.