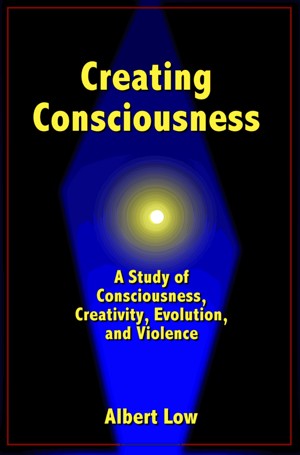 So far, I am enraptured by this book. However, I was hoping
Albert Low or a representative can comment on the missing section
on music that is referred to in this ebook.

In Chapter 21, there is this quote from the book:

"After a review of the religious ways the final chapter will be devoted to an exploration of music, that
strange phenomenon that has accompanied human beings in all their endeavors."

Also, in Chapter 22, there is this quote from the book:

"We will return to this again at the very end of the book when discussing music."

I would like to think it has been accidentally omitted from this ebook
because I am very interested in that section. As it stands, the last chapter
is entitled "The Zen Response".

“What is this terrible force of violence, conflict, and destruction at work in us?” This fiercely penetrating question is at the heart of this book. It is a fundamental question. And it is because the author is capable posing such a question with the integrity of a true and
intrepid seeker, as well as the deep compassion of a Zen master, that this book is both important and inspiring. It certainly has been that for me. I have read and re-read it, still without fathoming its deepest resources.

This is also, as I see it, an urgent book. To begin with, and above all, it poses good questions. The need for this questioning is so urgent in our time when we are for the most part so deadened that we are no longer capable of wonderment or surprise, so lost and confused that we no longer know who we are, and so befuddled that we no longer know what to do or say. Still less do we know how to undertake true questioning, how to find our way into a deep questioning from which new vistas may open out, and new directions be discovered- a creative questioning.

In the preface to the French translation of Creating Consciousness, Marc de Smedt says of Albert Low, “We know that we are presently in the midst of a transformation of civilization and that neither our mental structures nor the rules of society are ready for this radical transformation. It is precisely in this that Albert Low- whom I readily accept as a true Zen philosopher- is of value in his ability to propose to us the correct and necessary conceptual tools with which to confront our situation. He is one of those most rare individuals, who can lay out the connections between the East and the West, between Science and Philosophy, between the history of the past and that history which is writing itself today.”

It is a pioneering work which Albert Low undertakes in Creating Consciousness. He develops a world view based on what he calls a logic of ambiguity, and- within that framework- examines and elucidates the inner structure and workings of consciousness itself.

The many openings and byways emerging from this work are too numerous to summarize. But I must nevertheless say this:

In my view, this is the first time that the question of suffering has been posed so radically and imperatively, by a thinker who is no longer content with noticing the fact of suffering, describing it, or offering any of the explanations for it so remorselessly unsatisfying as those to which we have so long ago become accustomed in the writings of History, Psychology, Politics, and the Social Sciences.

“A fundamental ambiguity, a kind of primordial double bind, lies at the origin of consciousness, of life, perhaps even of matter itself.” The author returns to the source, the root, of suffering, which is a fundamental impossibility at the heart of our human condition. But this is not an impossibility unique to us as human beings. It inhabits the whole of the chain of being, as, and at, its source. The voice of this impossibility is universal- cosmic. And it is in this universality then that the first noble truth of Buddhism takes on a meaning beyond the one commonly understood, and which far from being a condemnation, a sentence from which there is no appeal, as it may appear to be at first glance, this is in fact our absolute deliverance, our ultimate freedom. Certainly, this radical “view” is only apparent in the course of, and as the fruit of, considerable “work.”

It is this to which this book invites us definitively- to fulfill our destiny- as creatures of the universe.

If Albert Low’s book looks sometimes like a ‘Theory of Everything’, in my opinion it is because as in the case of phenomenology from the moment one decides to study consciousness in its own terms, one has to bring every thing into it, instead of sprinkling it over things as we do usually.

Highlights of Low’s model :
-Low’s model is truly anthropological, in the sense that it tries to give sense to the whole of Man.
- His model bridges the gap between Eastern and Western epistemologies, at least on the level of language, which makes it all the more anthropological.
- It is a model that is all-inclusive, in the sense that it accounts for itself as myth. It is a story that explains the role of stories in the constitution of the real.
- Low makes the distinction as Nisargadatta between Awareness and Consciousness. Consciousness is reflective, awareness is not necessarily.
- Low’s model reconciles non-teleological science (Darwinism) with teleological religion, through an ‘empty teleology’. It therefore explains ‘evolution’ as a gradual layering of consciousness, and allows for a dissociation of the notions of ‘progress’ and ‘evolution’ through the notion of ‘involution’.
- The model places creativity at the center of a teleological, ‘involutionary’ model.
- In this model creativity is necessary and inevitable, not contingent.
- In this model creativity is a property of the universe, not of the individual.
- The tension center-periphery – as an inherent characteristic of consciousness - is a useful model to understand the obsession of creators (the restlessness, the hunger for always more creations); furthermore, when put in correlation with the secularization of modern societies (religion no longer being able to do the management of this tension), this tension could account for the creative hunger of modern times. It links with Weber saying that art and erotic replaced religion.
- This model also allows for a unification of religion, art and intellectual knowledge.
- The model allows for a unification (that is not a reduction) of the phenomena of Satori, Kensho, and Eureka, by situating them outside culture, without putting them into ‘nature’.

(reviewed the day of purchase)
Ruchama reviewed on Jan. 31, 2011
(no rating)
This is an excellent book on a fascinating subject. Readable, but not simplistic. Well worth the price and a good place to start. If mind, spirit and physics and how they relate interest you, you won't be disappointed.