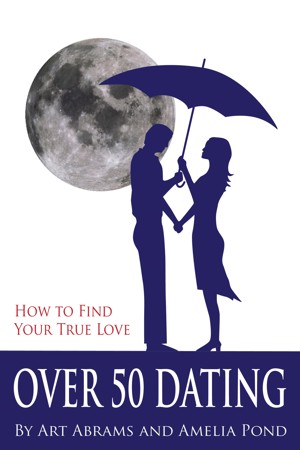 Over 50 Dating: How to Discover Your True Love

Author and entrepreneur: Art was born in New York city to a liberal family of thinkers and romantic lovers. His openness about his feelings was primarily driven by his mother and father who would have discussions around any subject at the evening dinner table. Feelings both emotional and sexual were explored without judgment or criticism. In fact the juicer the subject the more open the discussion would be; delving into all sorts of personal emotional subjects such as religion, sex and politics. There was never any animosity no matter the position taken; this taught Art never to be judgmental. He would always listen and then give his position without fear of any retribution. As his father always told him, only God can judge and as far as he was concerned he hadn't quite reached God status!
Art's favorite pastime is travelling to every corner of the world, experiencing the many cultures of food, drink and of course erotic native rituals. His need for new experiences drives his very being. He has tried many different experiences from bungee jumping to rock climbing, to investigating subterranean caverns all in the name of Discovery.
Art is blessed with four children and currently dates a woman very much like the Queen in this book!

You have subscribed to alerts for Art Abrams.

You have been added to Art Abrams's favorite list.

You can also sign-up to receive email notifications whenever Art Abrams releases a new book.