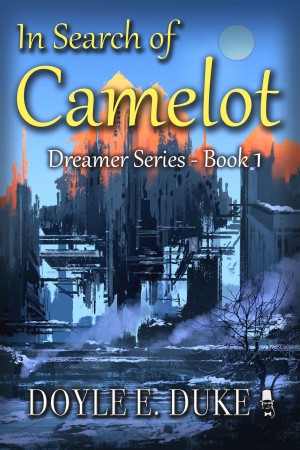 In Search of Camelot

The great apocalypse rippled about the earth and plunged the once mighty nations into a hellish world of chaos and death. Governments disintegrated, law and order disappeared, and cities became concrete jungles where the most efficient killers on earth turned their weapons on one another. Diseases, plagues, and starvation pursued the survivors—160 years later, man is beginning to reason again. More
Brad Sellers is a young man forced from a mind-controlling religious community into the search for a fabled land confused with the ancient, mythical kingdom of Camelot. Fleeing from raiders and struggling against the elements, he and his uncle’s family brave the perils of a two thousand mile exodus beyond the great western mountains. Along the way Brad finds love with a beautiful young woman. He faces adversities that test his rite of passage to manhood, forges friendships, and opens doors of understanding sealed and forbidden in his homeland. With understanding comes another search, one that asks questions about the past and gives teasing glimpses of the future. Who built the crumbling, once-mighty cities? Who were the ancient ones? What happened to their civilization? Why are there different stories? He believes Camelot holds the truth. His father told him: “find Camelot and you’ll find the answers to all the questions we can’t ask here.”

Fables draw Brad toward Camelot. Yet, before he reaches his goal, rust spots appear on the knight’s armor and cracks weaken the towers. Yes, people have heard of the wonderland—some have even visited it. They confirm the stories of electricity, automobiles, and skyscrapers, but they also speak of other things, troubling practices that one would never expect in a utopian paradise. In the end, Brad discovers that Camelot is not a fabled paradise but a place built from the ruins of another civilization, and that the mistakes of the past are destined to be repeated.
Available ebook formats: epub mobi pdf lrf pdb txt html
First 20% Sample: epub mobi (Kindle) lrf more Online Reader
pdb
Price: $2.99 USD
Buy Add to Library Give as a Gift
How gifting works
Create Widget
Tags: romance love adventure political horses religion christianity family government doomsday devotion post apocalyptic futuristic social issues weapons environmental reconstruction
About Doyle Duke

My name is Doyle Duke; I’m seventy-six years old and retired. I’ve been married to my wife, Fay, for fifty-five years. We have two children, four grandchildren and two great-granddaughter. In the working world I made my living as a photographer and lab technician.
I spent eight years in the U.S. Navy as a photographer’s mate. I attended three photographic schools, was a designated motion picture photographer, and rose to the rank of Third Class before I decided not to make the Navy a lifetime career.
During my career in the real world my two major employers were the Chattanooga Times Newspaper and Hinkle’s Commercial Photographics. I attended local colleges, business and art, and managed to complete one year. 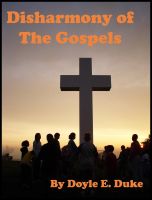 Reviews of In Search of Camelot by Doyle Duke

You have subscribed to alerts for Doyle Duke.

You have been added to Doyle Duke's favorite list.

You can also sign-up to receive email notifications whenever Doyle Duke releases a new book.