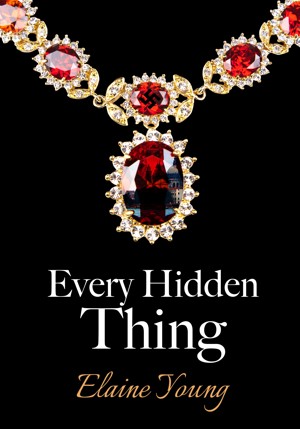 By Elaine Young
Rated 4.83/5 based on 6 reviews
Ari Mayer son of a holocaust victim returns to Paris after the war and recognises the man who sent his father to Auschwitz. Now a respected Gaullist politician this murderer has buried his past and is prepared to kill to keep his secrets. Despite his terror, Ari sets out with the help of his beautiful assistant Libby and his friend Michel Gaillard to bring Dubois to justice. More
France 1942. a Jewish boy Aristide Meyer, sees his father arrested and sent to Auschwitz, betrayed by double agent Jacques Marteau. Twenty-two years after the war, Aristide returns to Paris, determined to find Marteau. He relinquishes his search when he hears that Marteau is rumoured to have died in an ambush in 1944. His investigation is re-ignited when Ari recognises Marteau, now known as Victor Dubois, a senior member of the Government. Now he needs to prove that a respected member of society was a Nazi agent. As he delves into Dubois’ past, his activities attract unwanted attention and Ari begins to realise what really is at stake.
Ari meets Michel Gaillard, now a lawyer, whom he first met in 1941. Michel also has every reason to want to prove Dubois’ guilt.
Libby Wentworth, Ari’s English assistant finds herself embroiled in the intrigue surrounding Dubois. Can she help Ari in his quest, or does she get so deeply entangled that her life is in danger?
More deaths - and the hunt is on to arrest Dubois, to avenge the lives he destroyed and prevent him from vanishing with the loot stolen from Jews during the war.
Can they find him before it is too late . . . ?
Download: epub mobi (Kindle) pdf more Online Reader
rtf lrf pdb txt
Price: Free! USD
Add to Library
Create Widget
Tags: romantic suspense thriller suspense double agent nazi hunter facing fears jewish persecution ww2 nazi agent gaullist politician bringing war criminal to justice
About Elaine Young

Who am I? My name is Elaine Young. Born in 1945, I have always been ‘in books’ both reading them, and selling them. I worked in bookshops for 18 years; I have run a school library and am passionate about teaching children the joy of the written word.
Over the years I have jotted down stories and ideas, and I once (unsuccessfully) submitted a short story to a magazine. I had small children at the time and it was very difficult to find the time to write. Now my children are adults and I have more time on my hands. I am now a home executive and an aspiring author.I also began blogging a couple of years ago and thoroughly enjoy it. My hobbies include sewing, photography, miniature doll's houses and cooking. But writing has taken precedence over these ( except maybe the cooking!)
It took 8 years to finish this book, I almost gave up several times, but I persevered and am glad to be able to cross 'publish a book' off my bucket list. I hope you enjoy reading it as much as I enjoyed the journey of writing it.

Every Hidden Thing
When Ari Mayer returns to Paris 30 years after fleeing German occupation, he recognises the collaborator Marteau who had sent his father to Auschwitz. He was believed to have died in 1944 but he emerges after the war as Victor Dubois; a respected Gaullist politician who has buried his past and is prepared to kill to keep his secrets. Despite his fear, Ari sets out to bring Dubois to justice

What an enjoyable read! Thank you, Elaine Young, for a masterfully told story of intrigue and danger: most descriptive and delightful! I found this book to be engaging, exciting, and best of all, decent and without foul language, yet with an excellent and varied vocabulary.

Set in the decades following World War II, Every Hidden Thing tells the story of Aristide Meyer, a Jew orphaned as a teenager by the Nazi Party. Growing up in France and Scotland, sheltered by a family loyal to the resistance, Ari pursues his education, and accepts a teaching position at Sorbonne in France.

When he suddenly stumbles across the man who killed is father many years later, doubts mix with desire for revenge, and Ari must decide which path to follow. Concluding that the truth must be know, Ari and a small group of acquaintances gather information to take down the Teflon coated “Patron”.

Vivid descriptions and quirky characters, weave a believable tale set in amazing locations - Venice and France among them. I could feel the water-taxis skimming through the canals, and smell the foods prepared throughout the book.

With a surprise twist near the end, Elaine Young has written a tale that will hook you from the first words and keep you wanting more till the end. As a person who enjoys a good chase, a good love story, and a great historical story, I was well-rewarded with some of each, cleverly woven together.

My only critique would be that there were some parts that felt a little rushed and were difficult to comprehend. I had to read some parts two or three times to fully understand what was going on. Despite that, I truly enjoyed the book, and I would be willing to read more by Ms. Young.

I would recommend this book to anyone who enjoys a thriller or a historical novel. Thank you for the opportunity to read Every Hidden Thing.

Thoroughly enjoyed reading this book! Once I started I did not stop until it was finished. Fast moving and keeps you interested all the time. Highly recommended reading, sorry it was not longer. Can't wait for the next one.
Kim Kohler

(reviewed the day of purchase)
Rebekka Wellmanns reviewed on Dec. 2, 2013
(no rating)
I’ve recently finished reading Every Hidden Thing and I couldn’t put it down – I needed to know how the puzzle would fit together! There were so many twists which I didn’t expect and I would often read late just so I could read one chapter more!

I really hope that Elaine will write another book soon as this first one had everything a good book should have!

I enjoyed this book so much, I want to read it again! It was a bit slow to get into the story, but soon, I could not put it down!
It shows how important human relationhips are, even with the wrong people. The interaction is what moves the story line forward, and it is the same for our lives! Much to reflect upon! I agree, it would make a good movie!

I don't normally enjoy thrillers but really enjoyed Every Hidden Thing. It felt very real and not contrived. I thought I would enjoy the book because of the Paris setting and I was not disappointed. There are enough twists and turns to keep one guessing right to the end.I think it would make a really good movie.

From mysterious parcels to thrilling chases throughout the European countryside, Every Hidden Thing has something to offer for readers of every kind. This thrilling novel keeps the pace fast and the action faster as twist after twist is unraveled in rich and beautifully descriptive scenery complete with intriguing and mysteriously intertwined characters. Young keeps readers on the edge of their seats with every theme ranging from romance to deception and beyond. I highly recommend Every Hidden Thing to anyone looking for a captivating story filled with dark secrets and wild adventure.

You have subscribed to alerts for Elaine Young.

You have been added to Elaine Young's favorite list.

You can also sign-up to receive email notifications whenever Elaine Young releases a new book.